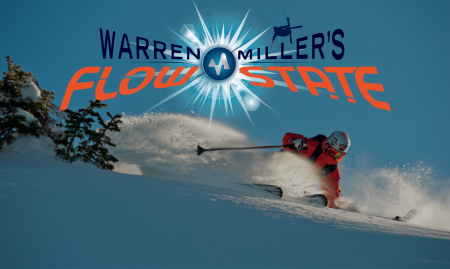 In 2012, Warren Miller Entertainment introduced its 63rd film, Flow State. The Flow State is a place of such singular focus and connection with the environment that, here, the faster you ride, the slower time passes. Enter the Flow State with host Jonny Moseley and other world-class athletes like Colby West, Jess McMillan and David Wise as they throw down some of the most impressive action that Warren Miller Entertainment has ever captured.

The 2012 session guides you to the top of the world’s most striking peaks in Japan, Norway, Austria and beyond, where Olympic gold medalist Ted Ligety takes on Alaska’s mighty Chugach, and Julian Carr bombs down Utah’s famed Wasatch. You won’t see ski or snowboard action of this magnitude anywhere else. So buckle up, because this Warren Miller film will take you into the Flow State…where the mountain meets the mind.