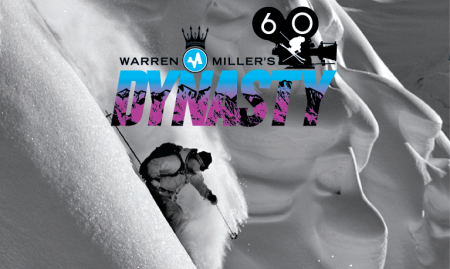 Skiing and snowboarding is part of who we are, passed down to us by parents whose devotion to winter has run through their blood for generations. It’s an emotion as simple as happiness and as powerful as love and for over 60 years, Warren Miller Entertainment has committed it to film. This is the Dynasty we all share.

From the rulers of the kingdom—like Chris Davenport, Daron Rahlves, and Ingrid Backstrom—to the heirs apparent—like Austin Ross and Chris Benchetler; from the wise sages like Mike Wiegele to the princess Lexi Roland, Dynasty is more than just a family album of skiers and snowboarding. It’s a story.

The story stretches back to the ancient mountains of China, where the sport may well have been born. It stretches to the future of the backcountry, found deep in the Canadian bush on the back of a two-stroke horse. It encompasses every facet of the winter world, from a parking lot big air jump in Michigan to Norway’s Arctic Circle. It’s shouted from the top of Colorado’s Rockies and around the rocky rim of Lake Tahoe.

This is a story that’s rewritten each winter, and one we’ll never tire of telling. How else would our love of snow get passed down from generation to generation?