To kick off Season 1 Episode 1 of Long Underwear, Amie sits down with Anna Segal, whom she skied in Iceland with for this year’s film, Face of Winter, presented by Volkswagen. Amie and Anna go over their highlights of the trip, both agreeing that meeting puffins and skiing big lines beneath 2-hour-long sunsets were definite climaxes of the trip. 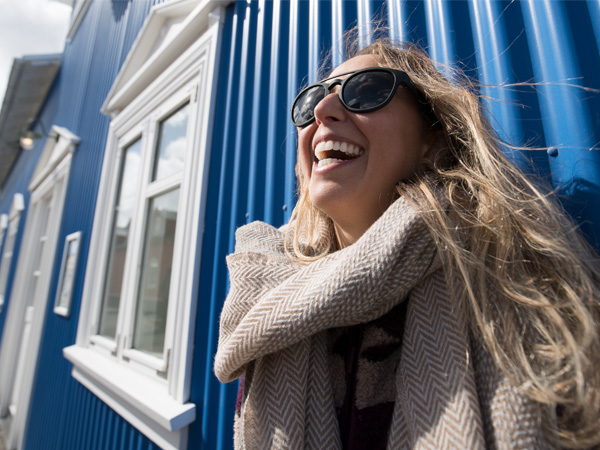 Once the no S-word rule is enforced, Anna tells Amie one of her best qualities is probably determination. “When I want something, I’ll put other things on the line and just beeline towards it,” she says. This is also why she was able to take on the violin as a 4-year-old, study hard in school and head to the Olympics as an athlete.

From there, Anna tells us why her car is not a “rubbish bin” and how even after four years of living in Whistler, B.C., she’s unsure if she’ll ever really be considered a local. Amie asks if Anna has any tips for people hoping to get into meditation and sure enough, she’s able to put the entire concept into perspective for even beginners.

“I began to do it when I was working with a sports psychologist, and the psychologist was able to drill into me how important training our mind is as an athlete,” she says, alluding to all of the time athletes will spend training their bodies but hardly any on training their minds. She tells us how she began waking up and spending just five minutes focusing on meditation. The mornings, she says, are the best time because she’s able to set the tone for the rest of her day.

To wrap it all up, Anna tells us the story of when she was the reason there was a “code brown” on a family vacation and she explains why finishing a 2-year film project with her sister and discovering climbing have been major highs in her life this past year.

Keep up with Anna here.