Through The Decades: 1980's With Warren Miller

Snowboarding Through The 1980's

Warren Miller featured snowboarding throughout the 1980's, helping to legitimize what was seen as a fringe spot. Warren called out close-minded resorts that still barred boarders from their facilities. ‘Today, a quarter of a million snowboarders in America have grown up riding a skateboard with one foot in front of the other, yet some ski resorts still won’t let them use their lifts,’ Warren mused. "What if snowboards had been invented before skis? Then, the snowboard resorts wouldn’t let skiers use their snowboard lifts… Dumb."

Sit skiing made its first appearance in a Warren Miller film at Winter Park Resort in Colorado.

Adaptive skier Tracy Taylor made her on-screen debut. Warren was heavily impacted by his interactions and relationship with Tracy.

He later wrote about what introducing her to skiing meant to him in his autobiography, "Freedom Found".

One of the most legendary synchornized skiing scenes, complete with matchign red onesies, makes it's way onto the big screen.

Downhilling on snow is added to the list of antics portrayed in Miller films.

After 40 years of ownership, Warren opted to sell his film company to his son but stayed involved in the filmmaking and continued to narrate for years to come. 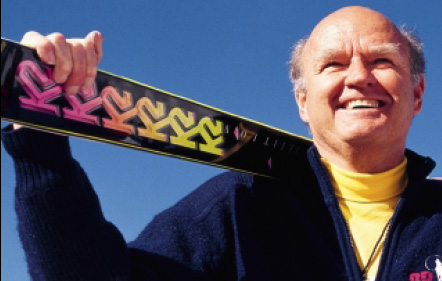 See more of "Through the Decades!" Check out content from the 1970's.