Whether it's enticing the uninitiated or appeasing the diehards, one snowboarder reflects on Warren Miller films over the years.

Back when I was learning to snowboard, attending Warren Miller premieres was a waiting game. I’d listen to the iconic narration, watching skiers make powder turns, unaware that I was holding my breath. And then, suddenly, a snowboarder would slide sideways into the frame, and I’d exhale, lost in communion: the skiing was fun to watch, but these riders on a single board were my people.

Warren Miller movies are undoubtedly ski films, but they’re also a nondiscriminatory celebration of winter in general. How many ski films do you know that bounce between shots of cross-country skiers and mountaineers, racers and aerialists, complete with a few snowboarders thrown into the mix as well? Shining a spotlight on the fringes, including the outliers and the outlaws, has always been a Warren Miller staple.

Even back in the 80s, Warren Miller movies helped legitimize snowboarding in the eye of the skiing public. In 1988, Escape to Ski was revolutionary: in a neon-heavy segment, Warren calls out close-minded resorts that still barred boarders from their facilities. “Today, a quarter of a million snowboarders in America have grown up riding a skateboard with one foot in front of the other, yet some ski resorts still won’t let them use their lifts,” Warren mused. “What if snowboards had been invented before skis? Then, the snowboard resorts wouldn’t let skiers use their snowboard lifts.” After pausing to let the logic sink in, an unmistakably Warren Miller quip: “Dumb.”

Since then, snowboarders have added swagger to many a Warren Miller film, and stories told have resonated within the community. In 2003’s Journey, Warren paid tribute to late snowboard icon Craig Kelly, a man many consider to be the godfather of freeriding. Wrapping up a segment of Kelly’s audacious, entrancing turns, Warren tips his hat: “Craig, you sure changed a lot of people’s lives. To watch you on a snowboard was an inspiration for all of us.”

Rob Kingwill remembers Kelly’s Warren Miller segments fondly—Kingwill’s been riding since 1987, a pro since ’93, and has since starred in a whopping nine Warren Miller flicks, including the most recent film, “Face of Winter”. In the new film he rides dream lines at Mike Wiegle Heli with cohort and former Olympian Seth Wescott, and also gives an insider’s perspective into the Legendary Banked Slalom. The “LBS,” as it’s known, is a hardcore, storied race at Mount Baker that’s been around since 1985. The LBS has seen the biggest names in snowboarding stand atop its podium—Kelly, Terje Haakonsen, and Wescott among them. 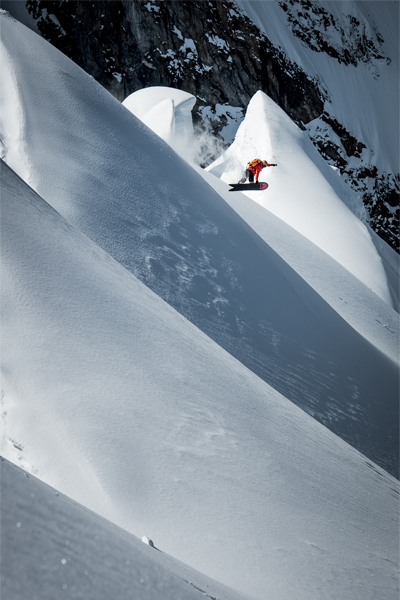 Showcasing the Legendary Banked Slalom in a core snowboard movie is one thing, but introducing it to the ski-centric Warren Miller crowd is another, and Rob notes that he was “pretty nervous,” about the segment. “The LBS really has a lot of soul, and I wanted to really show the world that true snowboard spirit,” he says.

Arguably, no event in snowboarding holds as much weight, and “Face of Winter”, with Kingwill as a virtual tour guide, gives the race all due respect.  Riders line up at an ominous entry gate scrawled with the words, “Say your prayers,” then careen through infamous berms one after another, only seconds between them. Finally, winners raise prestigious golden duct tape trophies—a purposeful contrast to the usual oversized checks.

“Seth and I just try to represent our riding and our sport as authentically as we can,” says Kingwill. “We have so much fun snowboarding together, and I think that really shines through in the film—our love for being in the mountains and riding down them crosses all barriers.”

Brennan Metzler, a new face for Warren Miller,was fired up to be one of three snowboarders in the new film. He spends most of his winters coaching aspiring snowboarders on Breckenridge’s Method Freeride Team and representing instructors for the PSIA (Professional Ski Instructors of America), but for “Face of Winter, he was invited to Chile, where he linked up with skier and fellow instructor Francesca Pavillard-Cain to tag team lines in the Andes.

Growing up in Kansas City, Brennan’s exposure to snowsports was through television—catching the Winter Olympics or the occasional Warren Miller flick—so to strap in for “Face of Winter” brought him full circle. 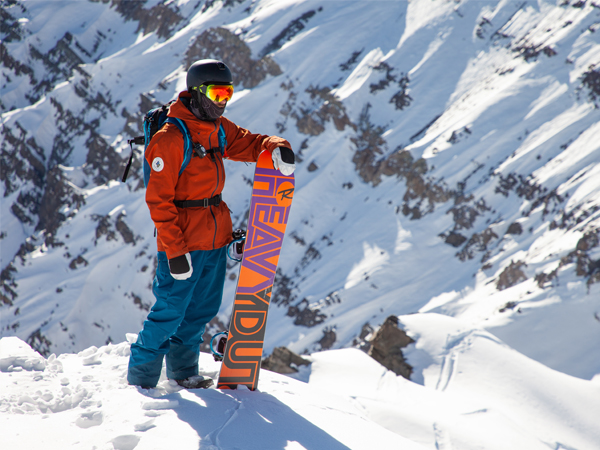 “What Warren Miller has really done in the industry is told stories that get people excited to go out and ski and snowboard, and a lot of times, to try skiing and snowboarding for the first time,” says Brennan, who sees inspiring others as his chief goal as an athlete. “To see someone do three flips, that doesn’t always help someone wanna’ try the sport,” he notes, juxtaposing Warren Miller’s classic, quirky storytelling with the death-defying stunts of your average ski porn flick. To that extent, there are no manicured park jumps or cringe-worthy cliffs in his “Face of Winter” segment, only clean big mountain freeriding, shot alongside Francesca’s own flawless turns in an Andean dreamscape.

Shooting with a skier was natural for Metzler, who sees little distinction between the sports. “Our whole industry is stagnant to shrinking right now, so those lines and identities of skiing or snowboarding are a lower priority than just making sure that people want to get on snow in general,” he says. “Go slide downhill, on whatever you want, so long as you’re having a good time.”

That’s the Warren Miller ethos, is it not? Get out there, and have fun, on one plank or two. If you don't do it this year, well, you'll be one year older when you do.

Drew Zieff is a freelance outdoor journalist and content creator who currently alternates between living in a custom-built van and chasing surf and snow around the world. He’ll be spending this winter in the deep snow mecca of Japan, and you can follow his adventures on Instagram.