Hop turns, memories from Snowbird, the peoples’ coffee lover, surf bum aspirations and getting in touch with your feelings (even when it’s tough).

Listen to the full episode on iTunes, Spotify, and Google Play.

For the 6th episode of “Long Underwear”, Amie talks to Marcus Caston. Marcus is a Warren Miller favorite (whom Amie refers to as a “poster boy”) and has been featured in around six Warren Miller films—he thinks… he can’t quite keep track. For this year’s newest film, Volkswagen presents Face of Winter, Marcus traveled to Engelberg, Switzerland with fellow Blizzard athlete Johan Jonsson. Marcus describes it as a perfect little Swiss town in the Mountains with a good mix of on-piste wandering trails and out-of-bounds terrain, where skiers can be skiing over crevasses, but are not entirely off-piste. Before ruling out the s-word, Amie has Marcus dish on the details of his hop-turn skills and Marcus tells the story of growing up skiing at Snowbird.

Once the no s-word is enforced, Marcus explains why he’s neither a coffee or a wine snob and why he aligns so deeply with “The Jungle Book”. Amie asks Marcus what his alternative life would be if he weren’t a professional skier (think ‘surf bum’). And then Marcus details why a mountain picnic or running around a toy store as an adult make for amazing first dates. 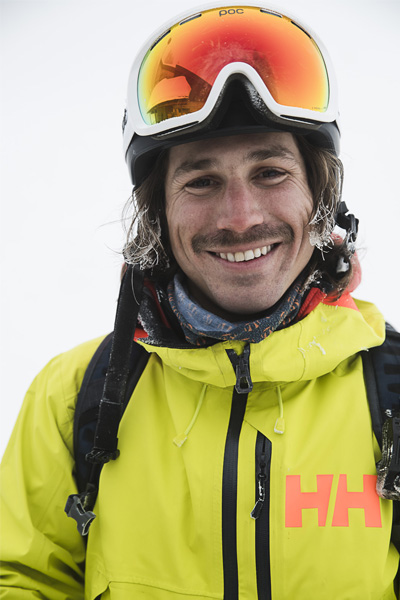 When Amie has Marcus give his two highs and a low from this last year and Marcus is the first athlete who turns the question on Amie, who gives her own, insightful answers. Marcus goes on to talk about why he has taken a break from drinking since this last summer, how running has become a part of his life again and what building out the back of his pick-up truck has meant to him—it has nothing to do with Pinterest.