Life as a twin, a desire to be a plastic-eating sea creature, powerful moments thanks to fatherhood and why letting go and believing in the process is our best bet.

For the 5th episode of “Long Underwear”, Amie talks to Dash Longe, longtime ski hero with 20 years of professional skiing under his belt. Dash is known for his floaty airs and big lines and “Face of Winter” was his first go at filming with Warren Miller Entertainment. Amie gets the play-by-play of Dash’s experience filming at Points North Heli during a year of rough conditions up in Alaska with ski film rookie, Jim Ryan, whom Dash says he was able to take under his wing.

“When he first got off the plane, I could tell his was nervous. You could just see it in his eyes,” says Dash. “But we bonded pretty well… It’s all about bringing new guys in. There’s nothing cooler than seeing hungry guys—especially hungry guys that are humble.”

Dash tells Amie about other ski trips he’s taken up in AK and about the legendary lines that make PNH so amazing—which he describes as “top notch, Chugach skiing.” And then Dash, who is a Dad to two little girls talks about what it’s like watching his little ones enter into the world of skiing. 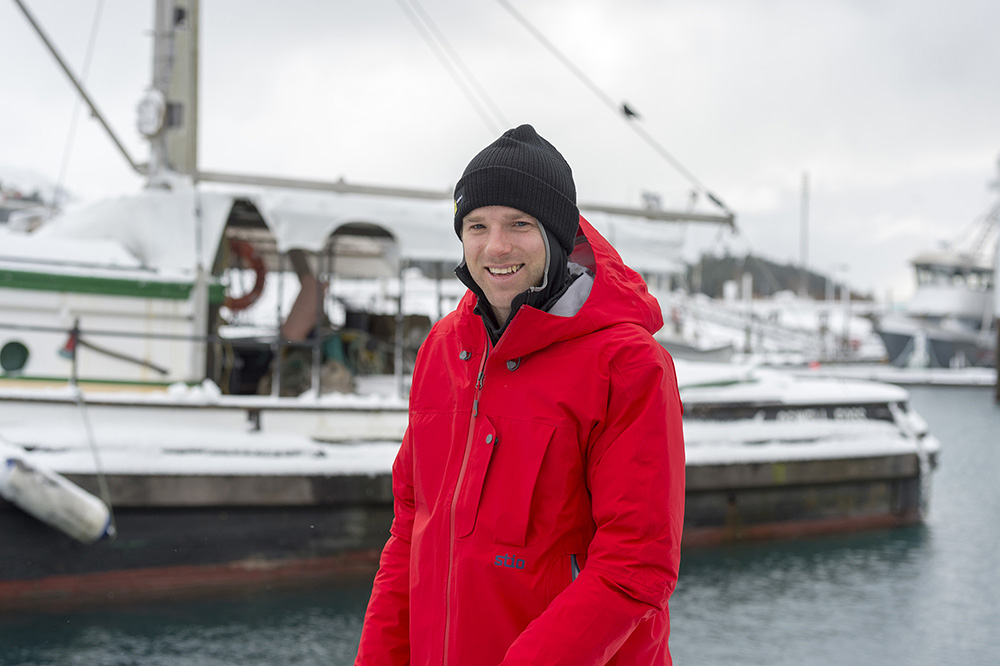 Once the no s-word rule is enforced, Dash explains to Amie some of the bizarre phenomena associated with being an identical twin. And then Dash zeros in on what he would do if he ruled the world for one day and attempts to take a pragmatic approach when examining the environmental impact humans have on the planet. And just when you think it can’t get any better, Dash shares what he’d want his superpower to be and listeners can almost hear the collective sigh of sea turtles and ocean creatures.

Dash goes on to talk about how music can be interpreted differently by different people and how that same concept can be applied to most things in life. From there, he names the highs and the lows of being a dad—including the time he almost missed the birth of one of his daughters and why learning that he can’t control everything has been a positive shift in his life.

To wrap it all up, Dash tells a wild story involving his identical twin, a European backpacking trip, French trains and one serendipitous moment that proves to let go of control and believing it will all be okay is often our best bet.

Keep up with Dash here.