For episode 2 of "Long Underwear", Amie has a chance to sit down with Michael “Bird” Shaffer in Portland, Oregon, who filmed in Chamonix this year for the new film, Face of Winter, presented by Volkswagen. Bird says filming in France was special because he took the “Cham pill” years ago and it has been his second home for a long time.

Once the no S-word rule is enforced, Bird explains the derivative of his nickname and tells Amie about what it was like being raised in Northeastern Washington on a hippie commune with 7 other families. He says he still has Christmas breakfast with this large, multi-generational family and that it’ll always be a part of who he is.

Amie asks Bird if he has any life hacks and he says that though his response may be cliché, it’s simple: take the time in the morning to squeeze some lemon into water, make your bed, stretch and visualize how you’d like to your day to look. This keeps him centered from the start and able to go “full wingspan” throughout his day. 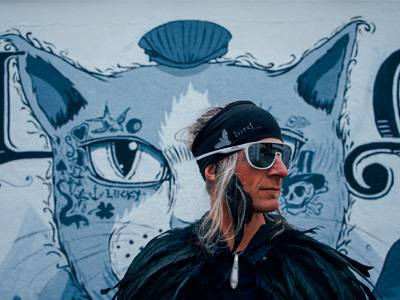 From there, Bird tells Amie about the high of being lost in the mountains this last winter and how instead of giving into fear, he was able to harness a sense of calm and find his way out of what could have been a very dangerous situation.

“I felt a sense of peace come over me that I knew enough to get down and out of there. I felt that I was a part of everything and that things were going to be alright… it was as if I was talking to the spirit of the mountain.”

In the end, Bird tells us why breaking his femur was a blessing in disguise and how realizing he can shape his own reality has changed his life.

Keep up with Bird here.