At the base of Gilbert’s Hill was a Ford Model T lodged in the snow. And on that Model T’s rear-left tire was a thick rope which ran all the way up the hill, then all the way back down on a pulley system. This, folks, was America’s first rope tow.

As time went on, skiers of Gilbert’s Hill sought bigger and better terrain, so they identified a number of other locations in the area to consider—labeling them “Hill 1,” “Hill 2,” “Hill 3,” and so forth. “Hill 6” made the cut, which soon evolved into a ski area called Suicide Six. Why the name? Because people of that time saw descending “Hill 6”—a hill much bigger and steeper than Gilbert’s—as suicidal. 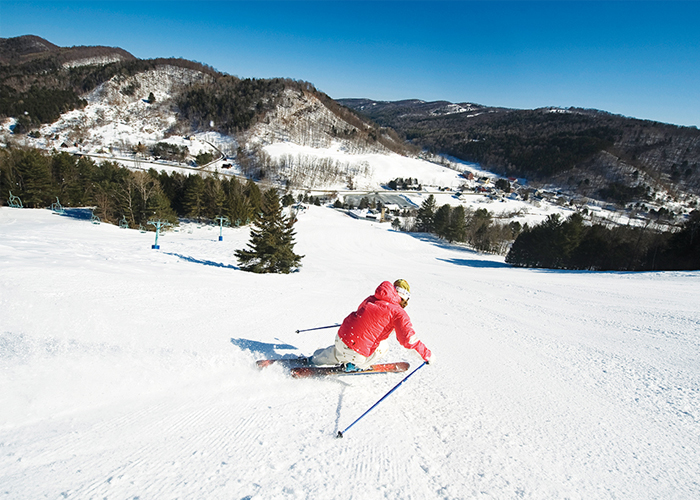 Turns out skiing and riding Suicide Six is far from suicidal. In fact, it’s a delight. The place has been cheerfully operating since 1936 and it’s an absolute must-visit destination for any East Coaster. Small, sure—just 3 lifts, 24 trails, and 650 vertical feet of terrain. But just roll into the parking lot of this New England gem and you’ll instantly realize why it’s worth the trip.

The setting is quiet— surrounded by farmland and beauteous estates. The mountain is wonderfully simple with a steep upper pitch under the main quad and more casual, rolling terrain elsewhere. The lodge is clean, warm, uncrowded, and unpretentious. The food and drinks at Persley’s Pourhouse are top-notch. Everything is just the way it should be. Nothing more and nothing less.

So, make plans to visit. Soon. And, in the meantime, keep reading for nitty-gritty tips that’ll elevate your experience even further.

Serving up pastries, breakfast sandwiches, pancakes, and more, this fast-casual eatery on Woodstock’s main street satisfies all appetites. Grab something quick to go, or settle in with a warm mug.

Skiing and comfort food just go hand-in-hand, so you’d be wise to sit down at Worthy Kitchen and dive into the comfiest menu out there. Mac and cheese. Burgers. Chicken and waffles. (Salads, if you’re into that kind of thing.) Enjoy every bite and wash it down with fantastic local craft beers.

ITS FRIDAY!!!! Let’s hear it for the weekend! Jona and Rich behind the bar!! #oldskool #woodstockvt #killingtonvt #craftbeernotcrapbeer

The Woodstock Inn contains two restaurants: Richardson’s Tavern and The Red Rooster. The former is more casual with pub fare and craft beer galore. The latter is more elegant, offering items such as venison and filet of beef. Both options are absolutely phenomenal.

Celebrating #NationalOystersRockefellerDay the only way we know how - eating them in the Red Rooster! 🥂 This scrumptious appetizer is a signature dish not only because they are the perfect start to a delicious meal, but also because we hold a great connection the Rockefeller name. • • • #woodstockinnvt #thepreferredlife #oystersrockefeller #finedining #eats #eatstagram #tastingtable #appetizer #signaturedish #rockefeller #dinnertime #seafood #farmtotable #farmtofork #goodeats #luxurytravel #luxurydining #redrooster #sustainablysourced #delicious #foodie #yummy #nomnom #foodstagram

You guessed it. It’s It’s not cheap. It’s not ski bum lodging. But, man, it is incredible. This place just overflows with elegance—from its oversized fireplaces, to its top-notch spa, to its 142 rooms, all renovated in 2018. The Woodstock Inn doesn’t do anything with mediocrity. 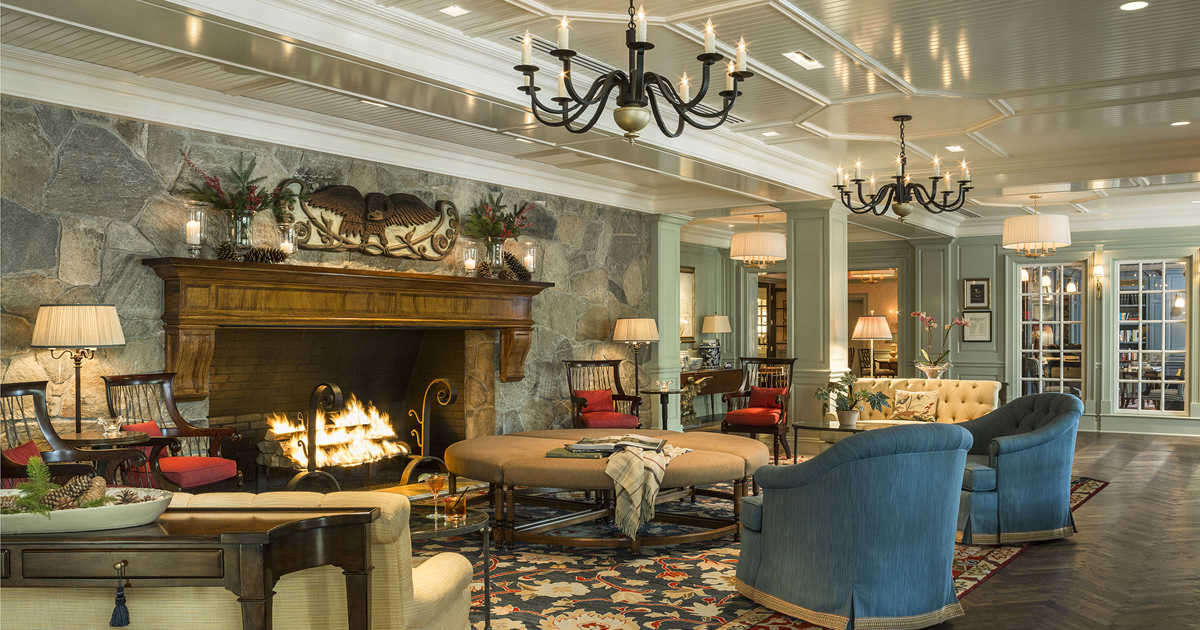 Luxury on a Budget: The Shire

Perched in between Main St. and the gorgeous Ottauquechee River, The Shire is a wonderful and affordable way to stay in Woodstock. This renovated motel is bright, warm, clean, and just the perfect spot to stay without breaking the bank, with rooms often hovering around $100/night.

The winter is young and full of opportunity. And while you should spend plenty of days on big resorts with trails in the triple-digits—challenging your skills and stacking vertical—make sure Suicide Six is on your list. After all, skiing and snowboarding at large wouldn’t be the same if it wasn’t for this special pocket in the Green Mountains.

Connor W. Davis is a writer originally hailing from Vermont’s Green Mountains. He spent a number of years exploring and writing out West, and now lives in Portland, Maine with his family. When he's not typing, he's usually skiing up and down mountains across the East Coast.