When you’re running a couple of Pomas by the Wyoming-Montana border and selling tickets out of an Airstream, you know you’ve got something special going on.

Way up high in Northwestern Wyoming, where the mountains make the rules and animals outnumber humans, there’s a place called Beartooth Basin Summer Ski Area. Named after its home, the iconic Beartooth Mountain Range—with its jagged peaks that sprawl across the Wyoming-Montana border like the dentures of massive, hairy, four-legged beasts—this skiing destination is an antithesis to its modernized counterparts. 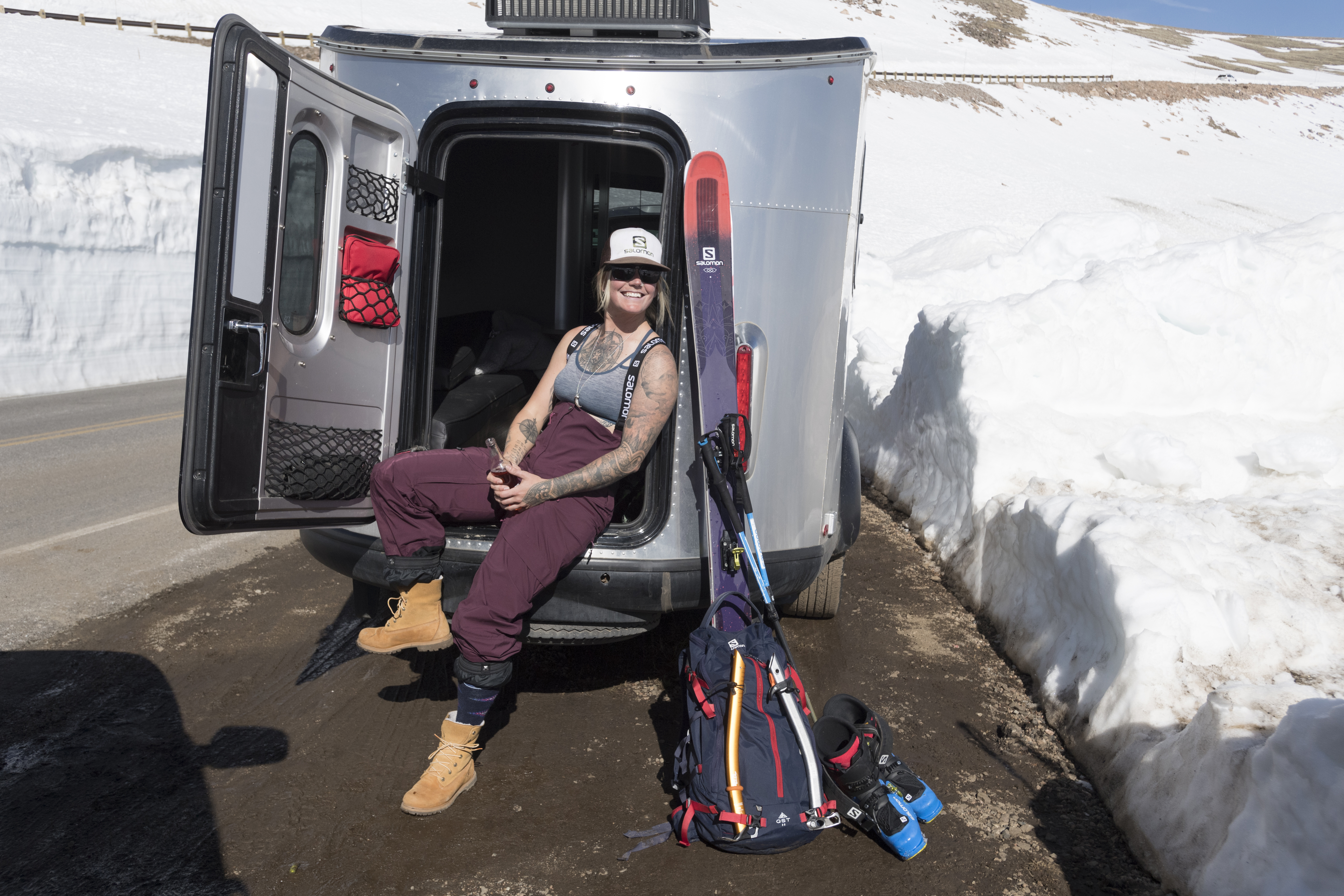 Athlete Kalen Thorien on Beartooth Pass while filming with Warren Miller Entertainment in Spring of 2017.

Due to its remote location on the Beartooth Highway, perched over 10,000 feet above sea level, opening this ski area in the wintertime would be nearly impossible. Instead, when temperatures rise and snow recedes in the spring, a small contingent of employees dig out two Pomas and open for business on their own terms. Shortly thereafter, a wide variety of characters ranging from park-goers to racers to backcountry enthusiasts flock in for laid-back, good old-fashioned skiing.

The area has such a unique appeal that the Warren Miller crew traveled there last spring and shot an entire segment for the new film, Line of Descent, presented by Volkswagen. Making the most of their trip, pro skiers Kalen Thorien and Michael “Bird” Shaffer weaved up the pass on motorcycles, lapped the Pomas like giddy kids, and even ventured into the surrounding backcountry terrain. 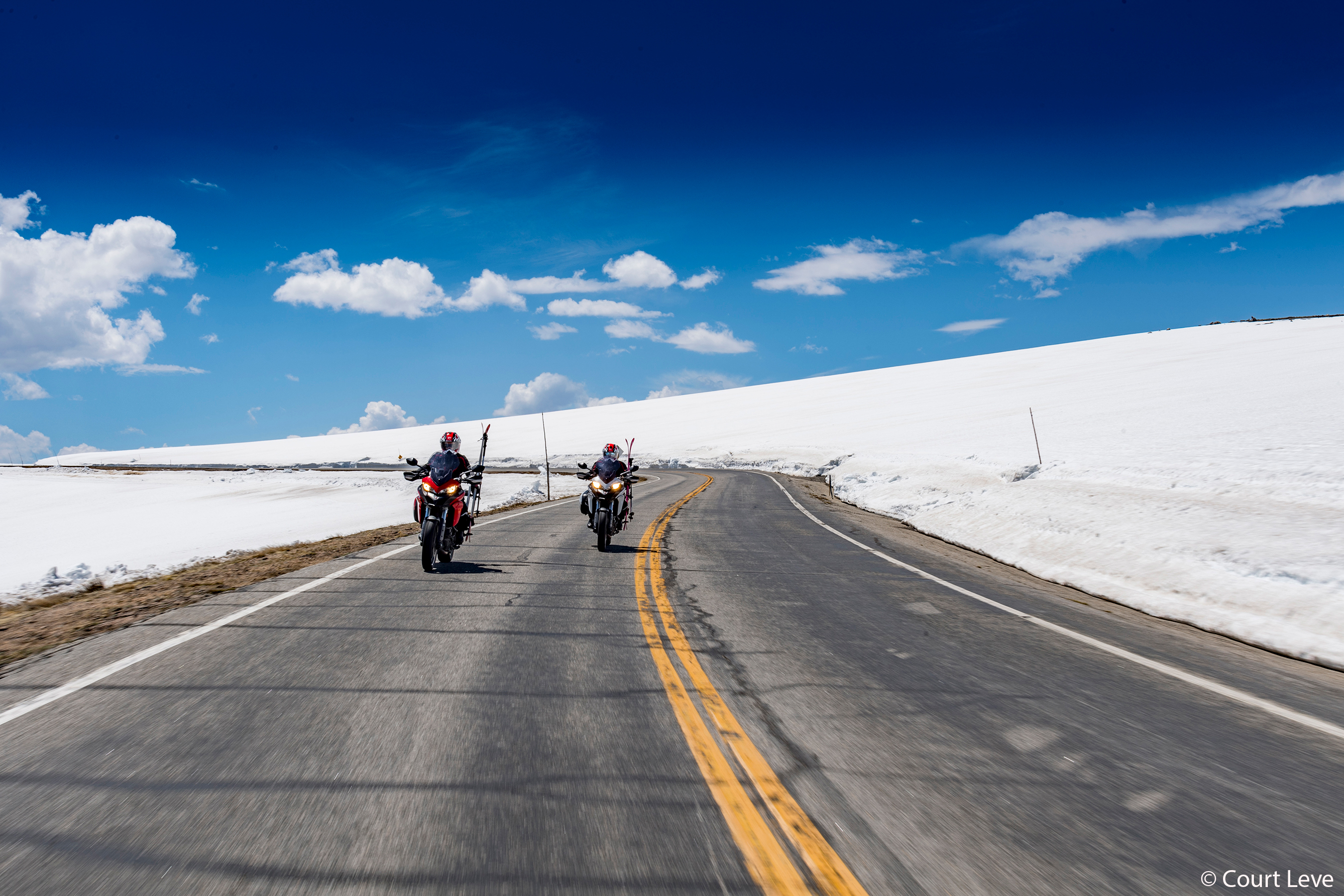 “It’s a very obscure place,” says Thorien. “I didn’t know very much about it; I’d only read about how fun it is to ride motorcycles in that area, but not so much about skiing. As I did more research, it was like, holy sh*t, this is the type of road you see in Norway! It winds up this canyon, then up this huge face, and you get to the top and you’re on this fully-glaciated area that’s incredibly scenic. It blew my mind, and it blew my mind even more that I didn’t previously know very much about it.”

A solid portion of the Beartooth segment in Line of Descent was filmed in the aforementioned backcountry, which is incredibly vast and, quite frankly, dangerous. Check it out on a map and you’ll find that, on one hand, it’s an endless playground but, on the other, it’s an easy place to get lost or injured. Thorien warns that, like all backcountry zones, this one requires the right knowledge and gear to be skied safely. 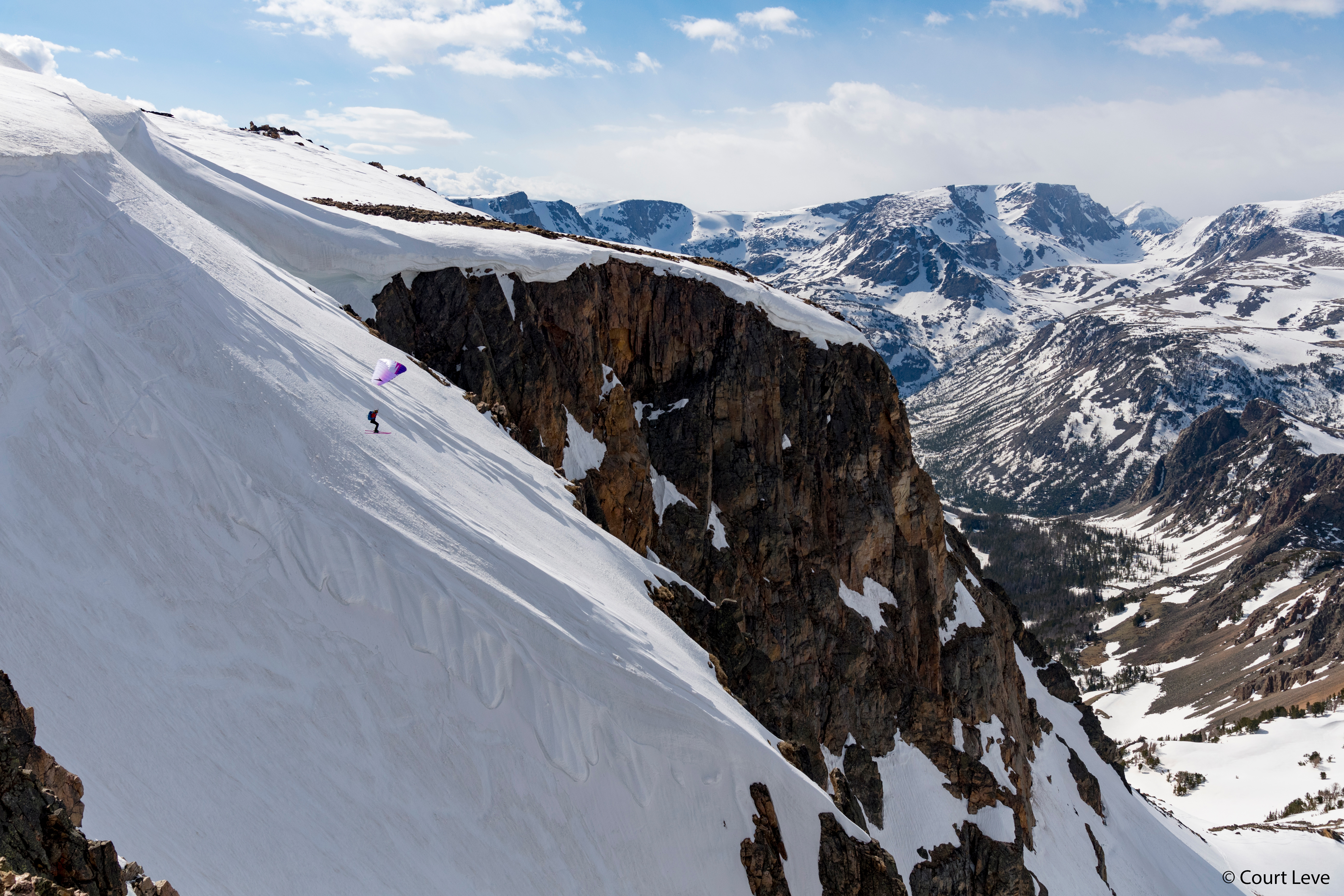 Michael "Bird" Shaffer speedriding the steeps off of Beartooth Pass.

“If you have good experience with your beacon, shovel, and probe and have taken avalanche courses, there’s great terrain up there to be skied. There’s plenty of 25-degree slopes you can ski down and hike back out of if you’re trying to keep it mellow. There are also plenty of gnarly couloirs, cornices, and more, so the place really has everything.”

Additionally, Thorien explains that, in order for Beartooth Summer Ski Area to keep its awesomely wacky reputation in tact, it’s important for visitors to be continuously respectful. The worst nightmare imaginable is to resemble anything even remotely close to the average ski destination.

“It’s a sacred place,” she says. “A place that’s very locally driven, and those locals take a lot of pride in the fact that it’s so raw. There’s definitely a need to sustain that. It would be great for more people to experience it. But, when you’re there, make sure to take it in, and realize how special and unique it is. It’s a rarity and we need to make sure it stays that way.”