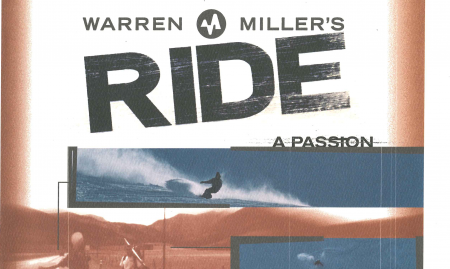 Get ready to ride! Go around the world for the 51st time with the legendary Warren Miller and his high-energy crew for extreme skiing and snowboarding like you’ve never seen! It’s breathtaking adventure in spectacular locations from the radical drops of Whistler Mountain, British Columbia to the vertical exhilaration of skiing Russia! Share the thrills of helicopter drops into fresh powder, unimaginable inclines, and heart-stopping speeds with 2002 Olympians and world-famous U.S. snowriders! Then, take a rare look behind the scenes at the making of a Warren Miller film—all backed with a memorable soundtrack that will have you rockin’ to pack your bags for your next adventure. Until then it’s all here in Warren Miller’s Ride!