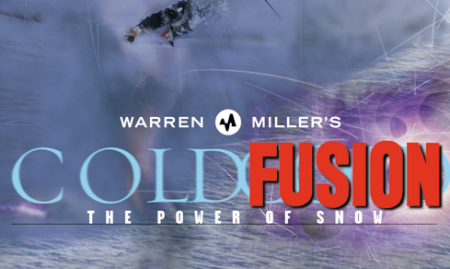 For the 52nd year, Warren Miller is back—with his best film ever! Join Cold Fusion’s world-class athletes as they embark on exciting adventures to such extraordinary locations as Kenya and Verbier, in search of the bluest skies and deepest powder. Warren Miller’s films have been astounding audiences for half a century—inspiring people of all ages to keep their snowriding dream alive—and this 52nd edition is no exception. Cold Fusion delivers the fiercest line-up of talented athletes as they set out on the most exotic, thrilling expeditions ever. But that’s not all! Witness two astounding never-before-seen world records! Complementing the on-screen excitement, Cold Fusion features a thundering soundtrack with electrifying artists like Dave Matthews Band and Foo Fighters. And of course, Warren Millernarratese the film, bringing you plenty of the wry humor that has made him famous.

Cold Fusion is one downhill ride you don’t want to miss!