Alaska’s most treacherous and beautiful mountain ranges have long been sought after by explorers in search of adventure. A half century after Alaskan bush pilot Don Sheldon pioneered the first airplane landing on the Ruth Glacier, Jackson locals Forest Jillson and Jess McMillan embark on their own journey through Denali National Park to the Sheldon Hut and Tordrillo Mountain Lodge, this time on skis. The mountains, couloirs, and miles of pristine glaciers can be unforgiving, but it makes the adventure all the more rewarding. Just like the pioneers who came before them, Jillson and McMillan savor the moment, acknowledging the undeniable truth that human spirit needs exploration.

From Snoworld 69 // photos by Cam McLeod

Denali, North America’s highest mountain, is the crown jewel of Denali National Park, a treasure in its own right. With six million acres of wild land, the national park is a playground for summer and winter adventurers alike.

The easiest entry to Alaska is via the Anchorage or Fairbanks airport. From there, rent a car or hop on a bus or train to get to Denali’s entrance at Mile 237 on Highway 3.

Be one of the lucky few to access the Don Sheldon Amphitheater in winter with K2 Aviation and stay at the historic Sheldon Mountain House. The cabin sleeps four to six and is surrounded by soaring granite walls and glaciers. Going for luxury over rustic? Stay at the Tordrillo Mountain Lodge, a five-star heli resort complete with private lodges, gourmet chefs, and access to the Tordrillo Range backcountry. 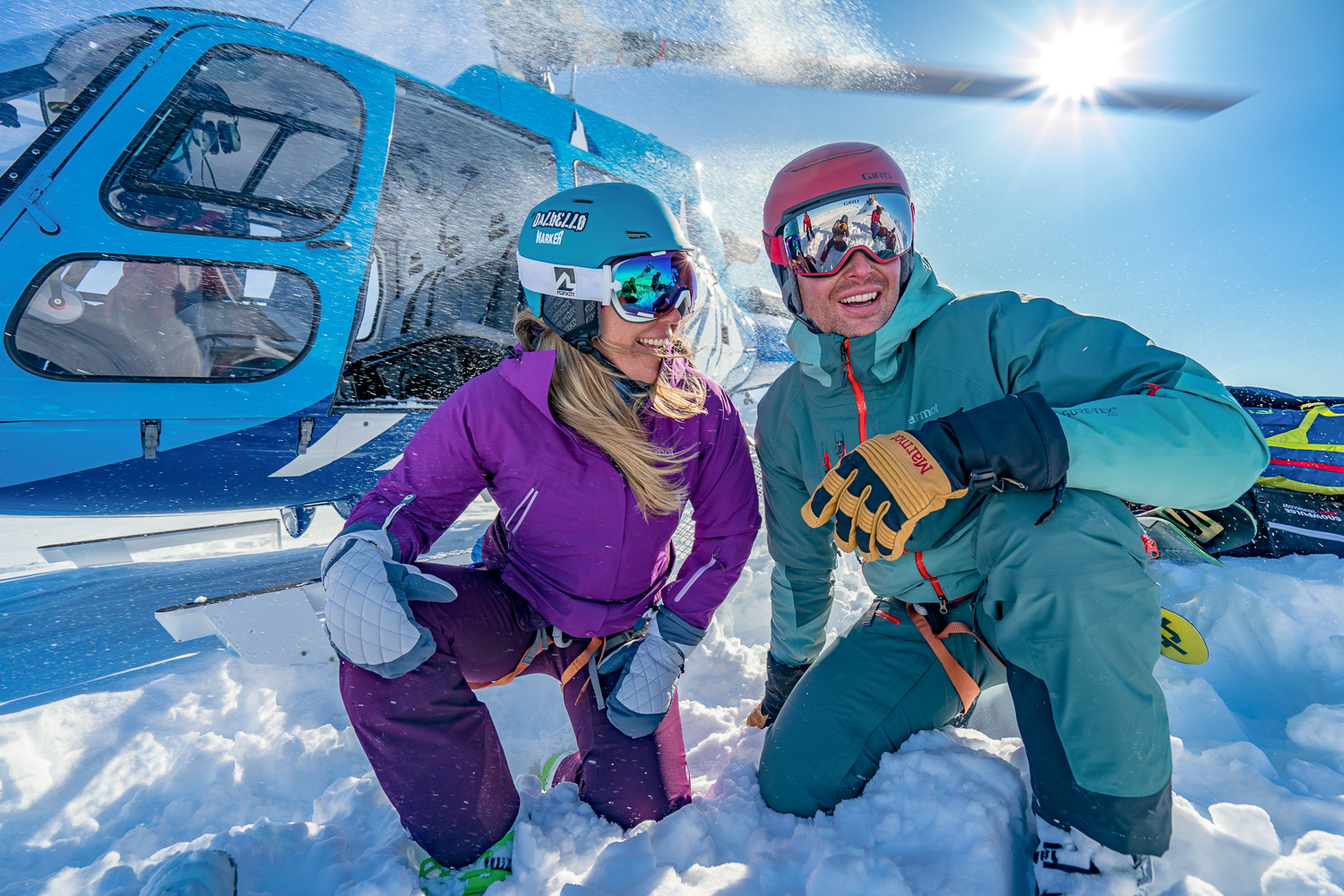 Jillson and McMillan regroup after their first heli drop from Tordrillo Mountain Lodge. 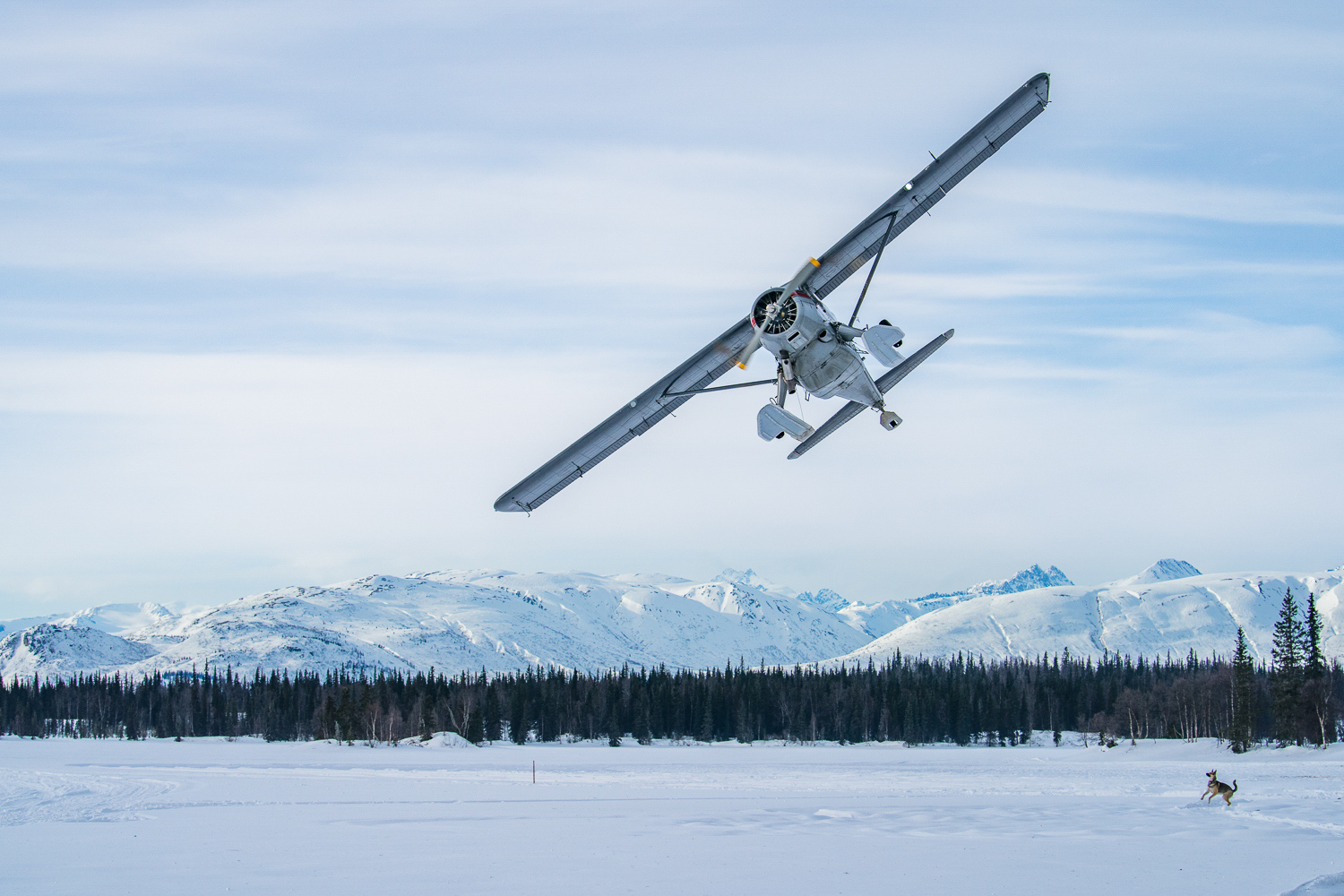 The ski plane departs from Winterlake Lodge after dropping the group at the 15-acre backcountry outpost. One of the lodge pups wishes safe travels. 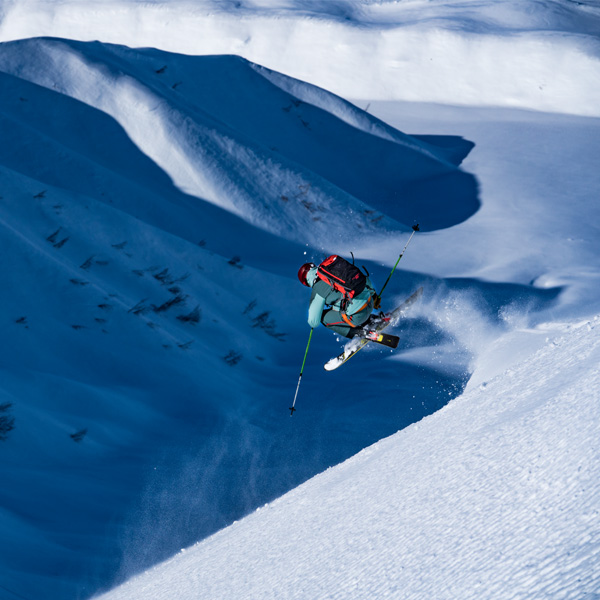 Jillson airs it out on the playful, low-angle slopes on the runout to the heli pickup at Tordrillo Mountain Lodge. 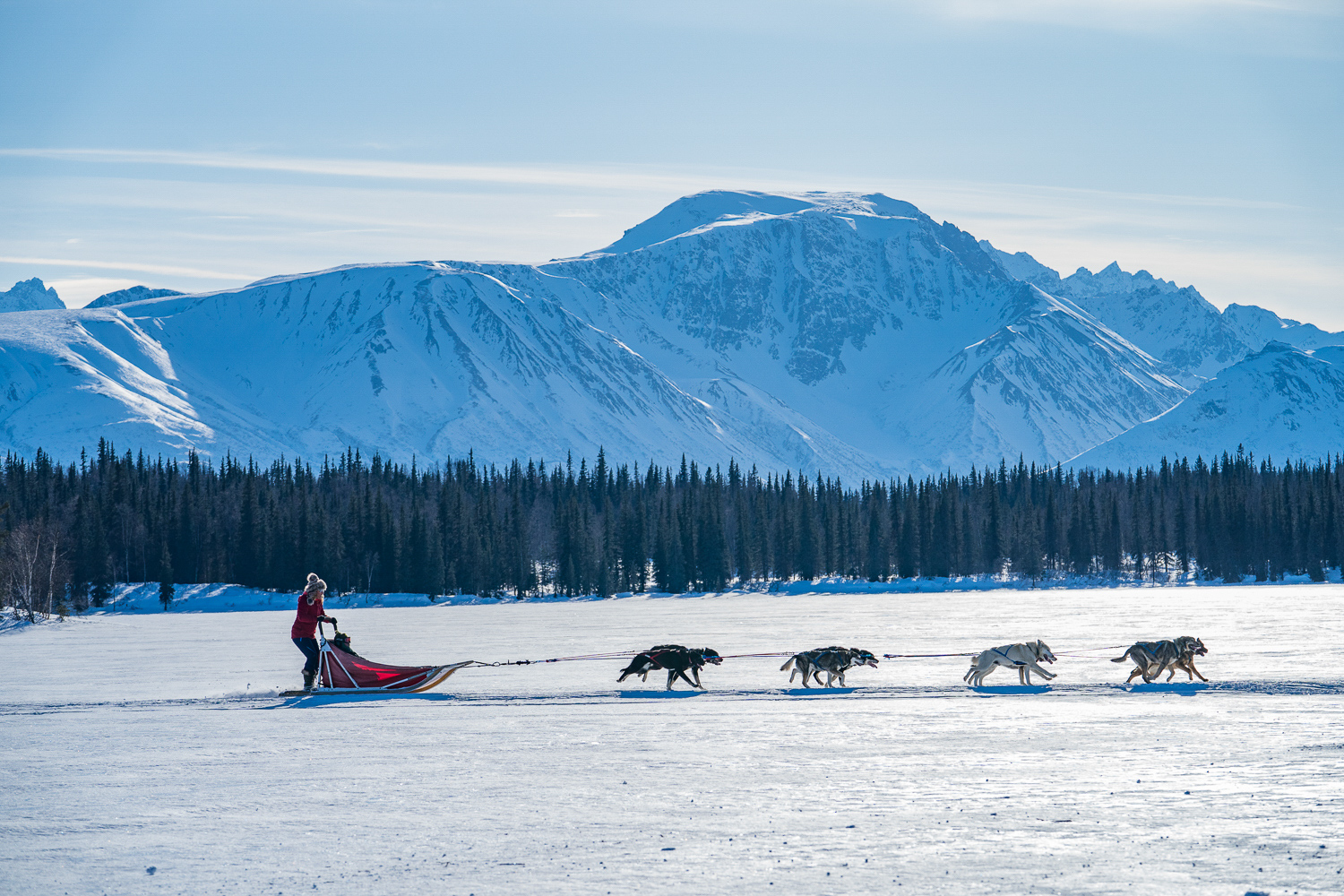 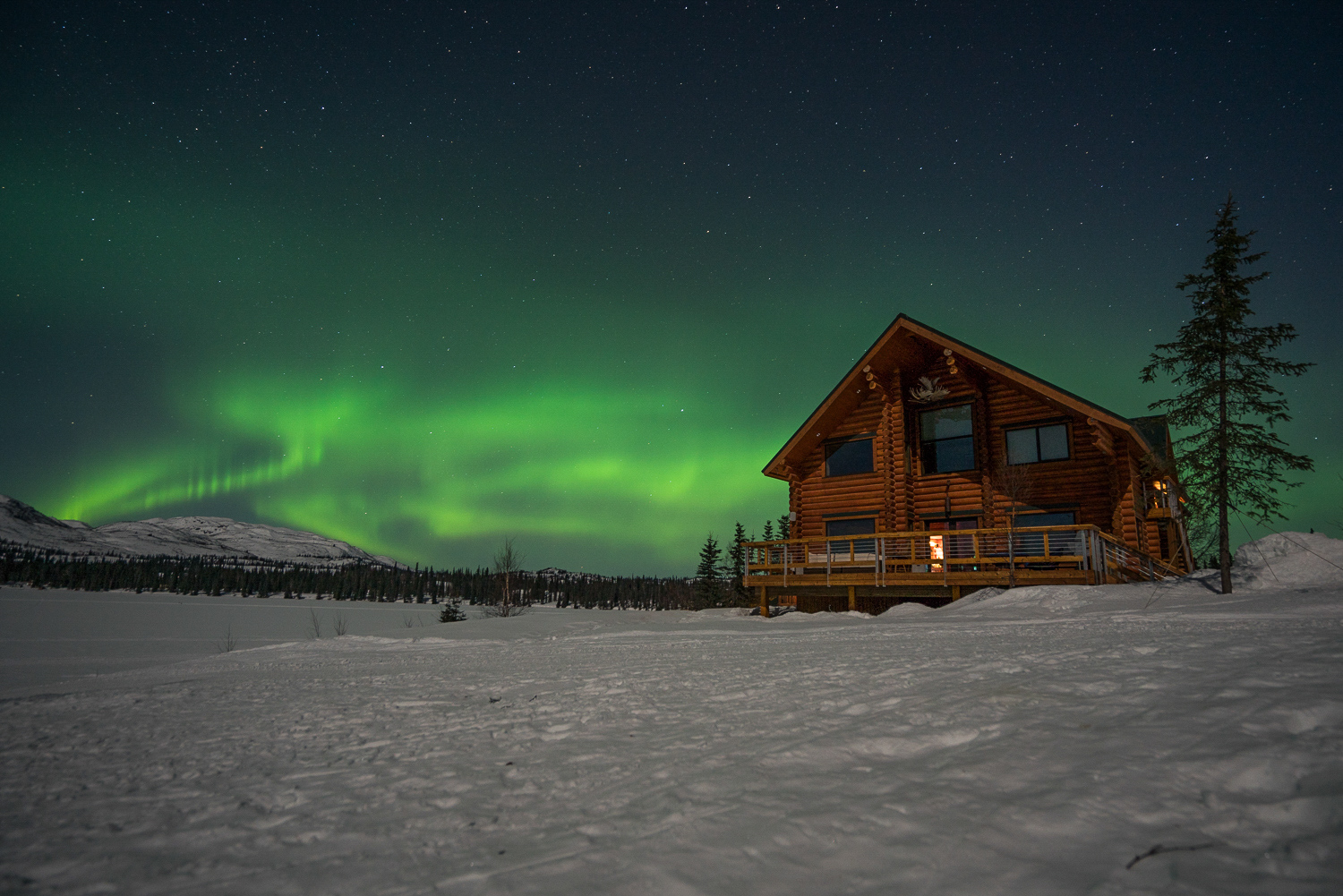 The Aurora Borealis on full display above the main lodge at Tordrillo in late March. The Northern Lights typically make an appearance between September and April. 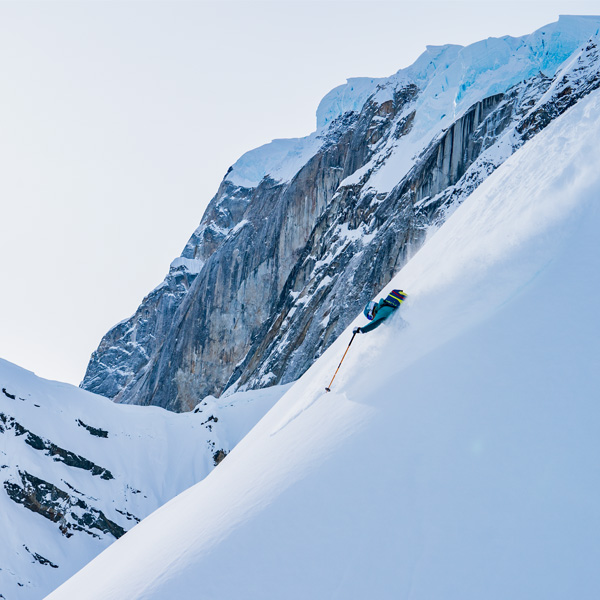 McMillan lays tracks down Ruth Glacier on the first day of the expedition. 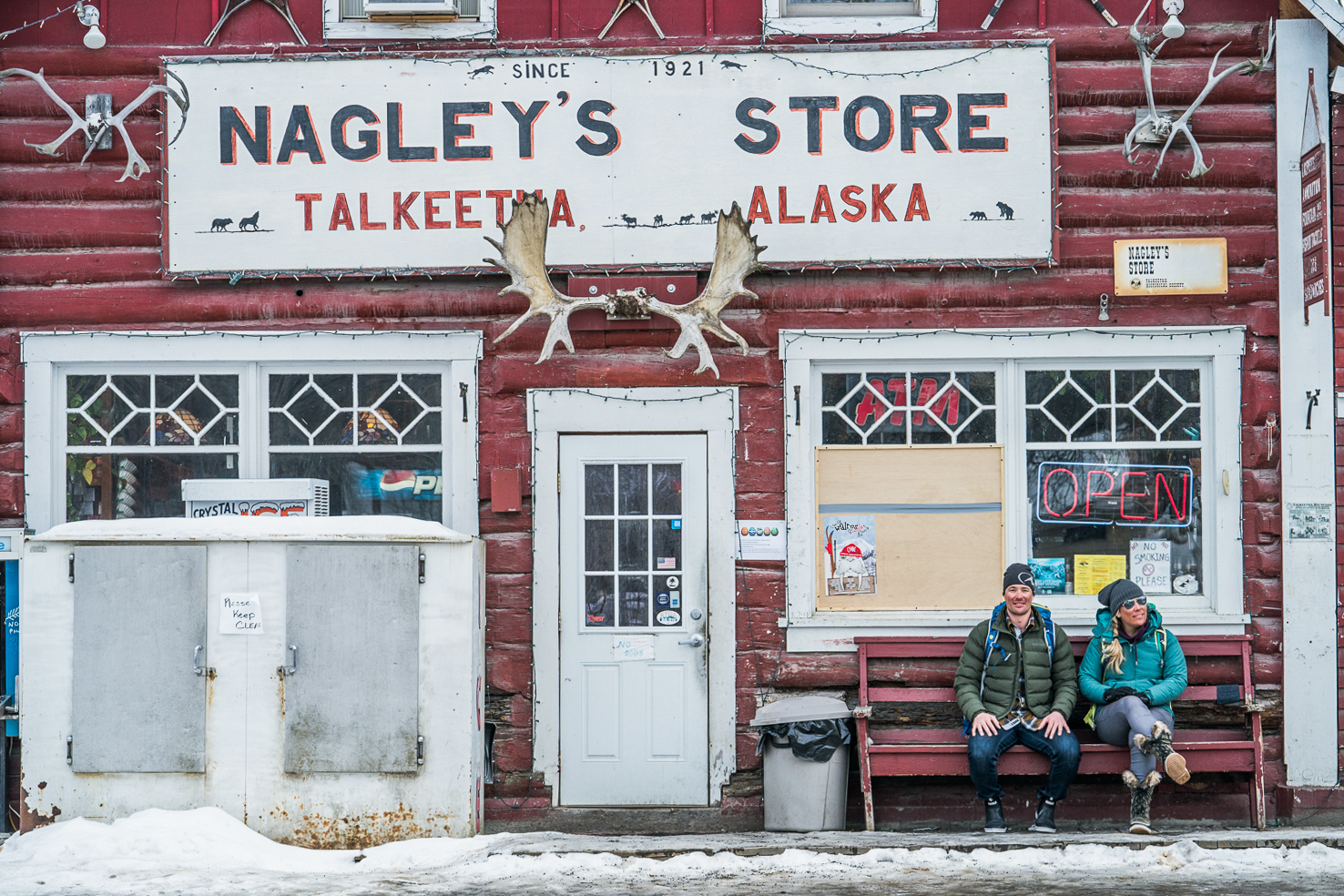 Jillson and McMillan spend some downtime in sleepy Talkeetna, a Denali National Park gateway town that doesn’t come to life until late spring and summer. 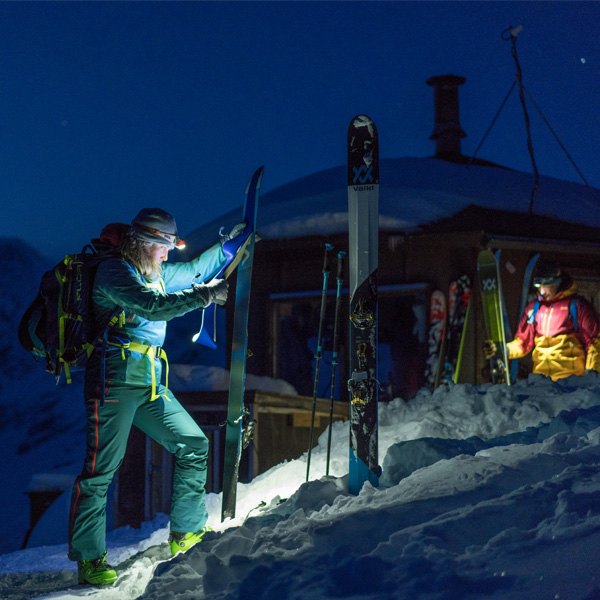 McMillan readies herself for a walk in the backcountry over Denali’s Ruth Glacier; booting up for an early departure from Denali's Sheldon Mountain House, where the athletes and crew posted up for seven-day stay. The mountain house is located at 5,800 feet above Ruth Gorge, about 10 miles from the flanks of Mt. Denali. 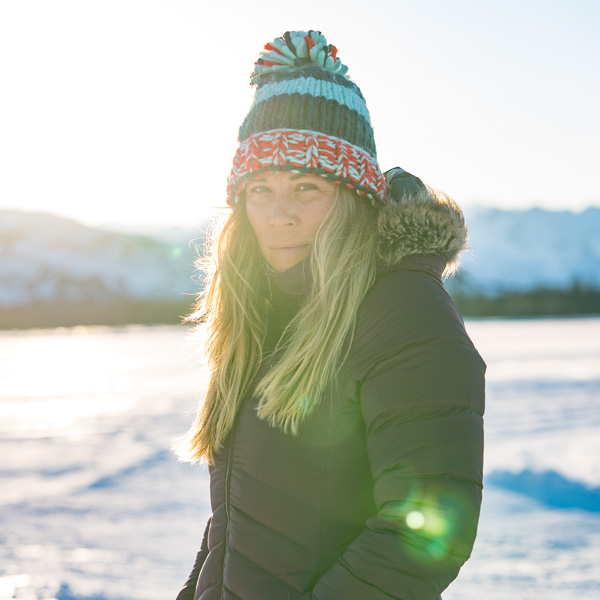 If McMillan weren’t a professional skier, she really has no clue what else she would be. So, it’s a good thing the whole professional ski bum thing worked out. The Freeride World Tour champion has won more freeskiing comps than any other skier and has been a regular fixture in WME films since 2011.

“There’s a true sense of wild about Denali. Flying in, you see no traces of anything. It’s just mother nature, huge peaks, and raw beauty. For me, the best part about it was knowing that all the tracks we’d left—everything we’d done since getting there—would be erased with the next snowfall. There’s this sense that no one else has been there yet, that we’re the first people to ever do this—of course, we’re not, but that’s what it feels like because everything looks so pristine.

On a trip like Denali, you know you’re going to be human-powered. You need to prepare both physically and mentally for that. The best way to get in shape; just go skiing. I live in Jackson Hole, in my mind one of the best training grounds. We’ve got 4,000 feet of vert. One of my favorite training routines is to take a tram up and race down. That definitely gets the legs in shape.

Every trip with WME feels like a big adventure. The only expectation is to record what happens on the trip. There isn’t this pressure of feeling like I need to ski the gnarliest line of that I need to perform a certain way. It’s about going to new places, meeting the mountains, meeting the people, and then telling that story. That’s what I love about WME: it’s about the experience, the adventure, the culture, and the people of skiing.