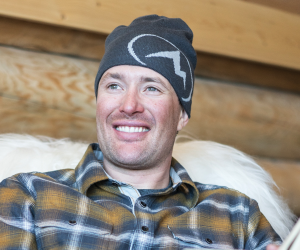 Name a person who inspires you to be a better skier/rider?
Trevor Kennison

In lieu of our 70th film, what’s your most memorable or favorite Warren Miller film or segment – past or present?
The US Women's Nordic Ski Team segment from Face of Winter. That moment in Olympic History shook the whole sports world and it was shown really well through the film, I got the chills every time I watched it.

What would you do if you won the lottery?
Give a lot of it away. Mo' money mo' problems.

Favorite chairlift and why?
Sublette Quad. It takes you to terrain that, if I could, I would ski forever.

The most interesting thing you’ve read or seen this year? (books, podcasts, TV shows)
Annie Jacobson on the Joe Rogan Experience, one of books is titled, The Secret History of CIA Paramilitary Armies. Just to give you an idea, it’s wild.

Fictitious character you most identify with from a book, movie, etc. and why?
Calvin from Calvin and Hobbes. He’s always choosing to be lost in his imagination he goes against the grain and constantly rebels against the establishment (his mom). Ha. Most of the time he just finds himself in trouble for having way too much fun. My thinking is different from the mainstream, I’m driven to live life according to my own rhythms, purpose and meaning, a lot like Calvin.

Highlight memory from filming with WME for this year's film?
Powder! Some of the deepest I’ve ever skied, that’s all I remember. We had a perfect storm occur where it snowed for days and then, in classic Jackson form, it went blue and COLD which allowed for some stability and we were able to get onto some bigger lines. Honestly the athletes did so good that it’s hard to pull one memory out but, watching people holler at Tom Day fanatically as he boarded the tram was cool to see. It was like he was Bieber putting on a concert and the tramline was all teenage girls. Ha. That dude is the man!

Gear you are loving right now, on or off the ski slopes, and why?
On the slopes Volkl BMT anything. The BMT series is so versatile. Playful yet stable. Even for a big guy like me they hold an edge when I need them to. Really impressed with them. Off slope- Kate’s Real Food granola bar. All organic, tons of flavors to choose from, delicious little additions to your day in the hills.

What is a cause you care about that you'd love to share with the Warren Miller audience?
Teton Adaptive Sports. Skiing is a gift, not everyone can afford to do it, some don’t have the wallets big enough for it and others are have a much larger obstacle keeping them from doing it - they’re limited by physical restrictions. Teton Adaptive Sports makes it possible for everyone physically limited to experience the outdoors and get on the slopes. When I’m in the mountains, everything is ok- it’s therapeutic, for some people it can change their whole reality and serve an enormous purpose. 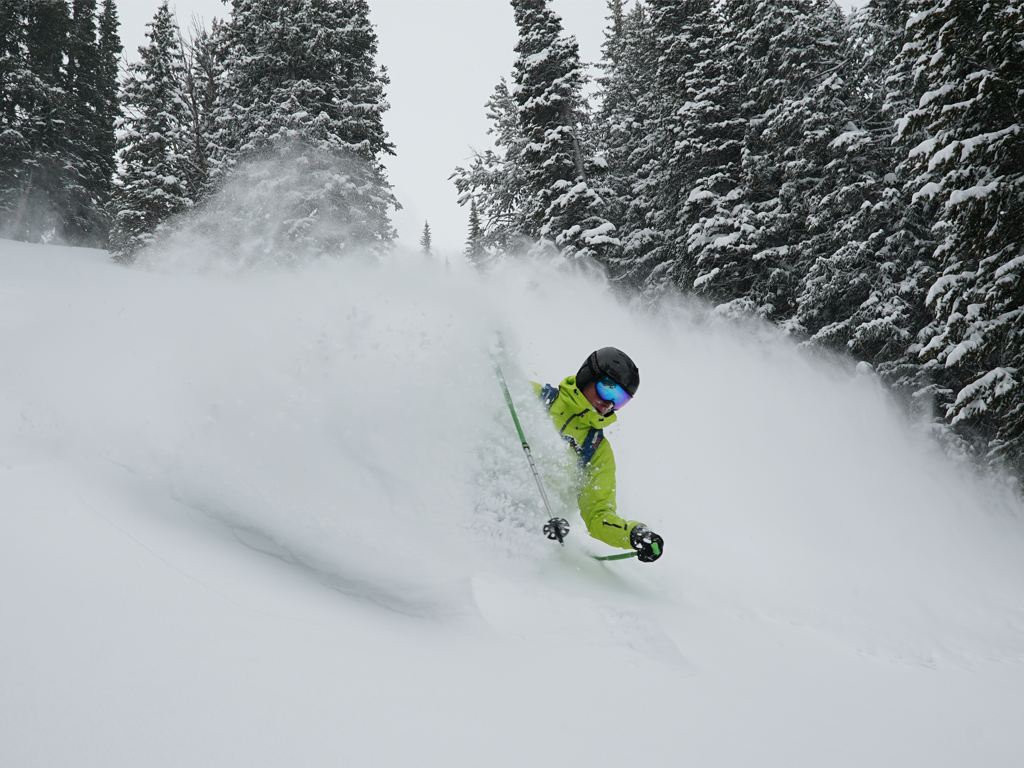