Through The Decades: 1960's With Warren Miller

Ski racing was very prevalent in Warren's films during the 1960's. There was a race segment present in every film from that decade. 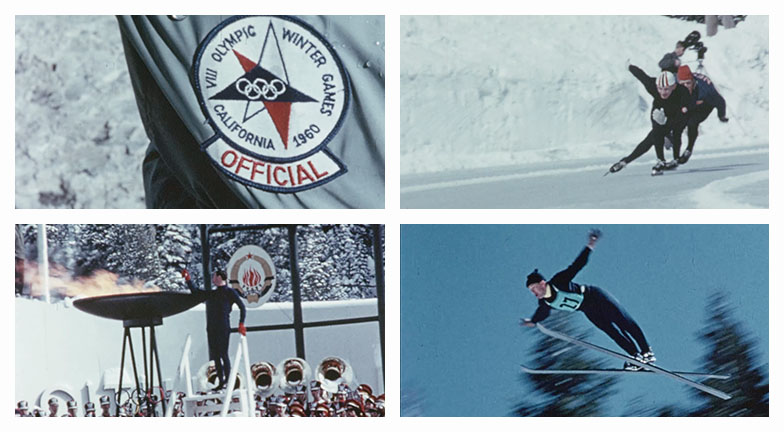 Heli-skiing appears for the first time in a Warren Miller film.

Bobsledding emerges as a segment for the first time in 1961.

"I've been lucky over the years in getting first tracks-and getting paid to make 'em. Better yet, I've been able to make first tracks before some of the resorts were even built. In the spring of 1961, I parked my car on a narrow road on the west side of Vail Pass. There I climbed into an army-surplus snowcat that barely held the four of us, and slogged to the top. At the summit, Pete Seibert and I skied part way into the Back Bowls–and that was all it took for me to share Pete's dream. A year later when Vail opened, I shot it for my annual film. My narration as I showed first tracks in the Back Bowls was, "Get out there and buy some of Vail and get a pair of lifetime season passes thrown in for $10,000 because, as Mark Twain once said, 'They ain't gonna make anymore of this.'" - Exerpt from Warren's "Early Bird Special" from SKI Magazine, 2004

Warren travels to Japan to film.

See more of "Through the Decades!" Check out content from the 1950's here.