Doug Stoup has been to Antarctica 49 times. Some people zip up to the Adirondacks for the weekend, or beeline to the Tetons whenever they can. He goes to Antarctica. Which, mind you, involves crossing what’s arguably the roughest sea on the planet, the Drake Passage, as well as enduring frigid winds that blow up 40 knots for the better part of the day. But you could say that Stoup was built for this: He has been known to prepare for adventures by dragging a truck tire up the slopes of Squaw Valley. He leads clients on grueling training expeditions in preparation for their actual expeditions. With his adventure-guiding company, Ice Axe Expeditions, Stoup has led ski groups at the North and South Poles, Russia, South America, Alaska, Iceland, and even Morocco. And last November, the seasoned guide led athletes Elena Hight, Danny Davis, and Nick Russell on a snowboarding tour from coastal Antartica to the geographical South Pole, some of the amazing footage from which is featured in “Future Retro.” The trip was made in collaboration with climate change nonprofit Protect Our Winters, as Stoup is a staunch supporter of reversing the environmental impact that humans have had on the planet. 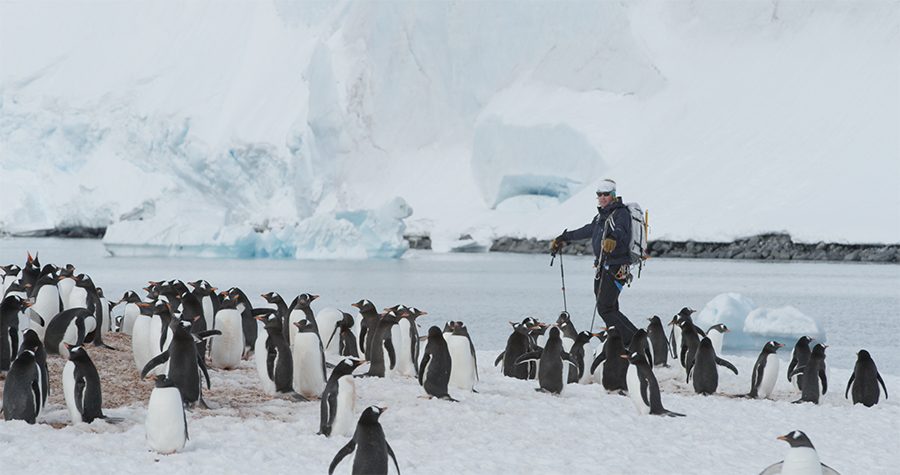 Doug Stoup with some of his closest friends during his 49th trip to Antarctica. Photo by Matt Hardy.

Stoup went to Antarctica for the first time in 2000, guiding a blind friend 780 miles over 62 days. After that, he really fell for guiding. But his raison d’etre is what sets him apart from other guiding businesses. To take a trip with Stoup, his clients have to fundraise for a charity of their choice. Acknowledging the carbon footprint involved in these far-flung endeavors, Stoup says that traveling to say you did it and beat your own chest simply isn’t enough.

Stoup sat down for a Q&A in advance of the release of “Future Retro.”

Q: Tell us about Ice Axe Expeditions and how you got into the guiding world.

Stoup: It started off as a dream of mine. I snowboarded Denali, did a few first descents, then I found out that Antarctica’s highest mountain hadn’t been skied or snowboarded. So I got a crew together and we climbed and 16,770-foot Vinson Massif. It was an amazing trip, but it wasn’t easy. We were stuck there for a month and a half due to weather and other difficulties. That’s when I fell love with Antarctica... Shortly after that I was asked to guide a blind gentleman from the coast to geographic South Pole. We went 787 miles over 62 days, totally unsupported. That was the start of polar travel for me and my desire to share this place with people and become an ambassador of this special part of the world.

Q: How did you get involved in climate change issues?

Stoup: In 2005 I put together a climate change expedition to the geographic North Pole, I designed beacons to place on the ice to find out how the ice was moving. It’s important to collect data about the Arctic Ccean, because the Arctic Ocean is a warning sign for climate change. So these beacons were designed to track the ice for up to 10 years, and two of them are still operational, 15 years later. I’ve always had a love for finding new unexplored territory—I take people to Kamchatka, Svalbard, Antarctica, places where climate change is already having major effects, because people need to know what’s happening. They need to care, and for that, they need to see it for themselves. 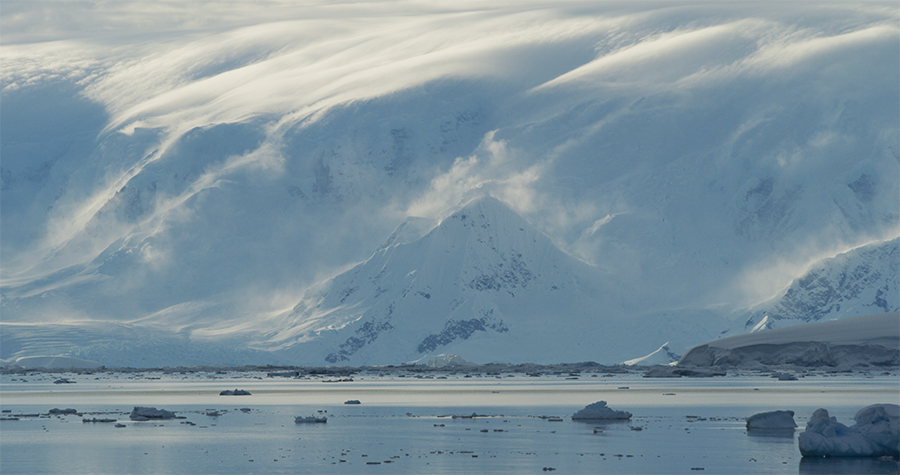 Stoup has seen evidence of climate change in the form of Antarctica’s massive glaciers calving at an alarming rate. Photo by Matt Hardy.

Q: You’ve been traveling to the Poles for many years. What kind of evidence of climate change are you seeing?

Stoup: Skiing across the Polar Plateau to the South Pole, it used to be minus 40 now it’s  minus 37. Can I tell the difference? No, it’s still effing cold, but I do see the seven glaciers on Antarctic Peninsula, calving at an alarming rate. I see penguins, who have a tendency to go back to same place to mate, now moving, because the krill population is moving to colder waters. Everything is interconnected.

Q: For someone who has never been, or might never go to the South Pole, what would you want them to know about it?

Stoup: It’s not for everyone! It’s terribly cold, there’s this rugged stark, beauty, you can actually see crystals in the air. There’s tons of wildlife on the coast, penguins, seals, whales. Also. it’s a physical accomplishment, and mental one too, to follow in the footsteps of these intrepid explorers. 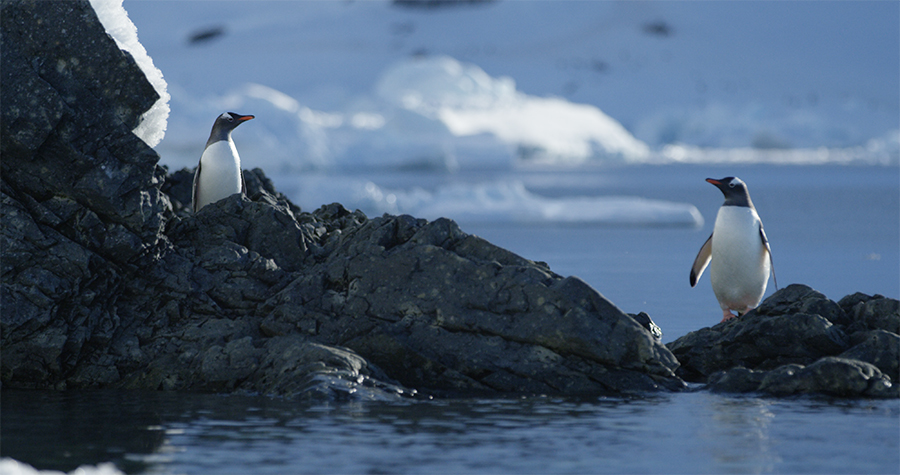 There are eight species of penguins in Antarctica. These guys are Gentoo penguins. Photo by Matt Hardy.

Q: How do you balance the fight against climate change with the educational and morale boosting effects of global travel? Or rather, what can we ski travelers do to offset some our carbon footprint?

Stoup: I think it’s important to tell the story of these place. If we want to keep them on the map, we need to learn about the struggles going on there. But yes, travel brings with it a huge carbon footprint. As a society we can do certain things. We can travel locally, I loved skiing in my backyard everyday last spring when we were grounded by the pandemic. I try not to drive, but when I do, I have a hybrid car, I bike a lo. It takes a village and we all have to get together to do the right thing. In my business, I won’t take a client on an expedition if thety don’t fundraise and donate to a charity of their choice. There are plenty of guides who don’t require that, so they have option if they don’t want to donate. But no fail, when they choose to do the work to help their community or their cause, good things that of  it. They realize that it’s not about them, it ends up turning their whole mentality into how they helped out mankind and became a hero in their community. And guess what? They continue to donate. It becomes a lifelong passion. I like knowing that I had a hand in that.

Ice Axe Expeditions leads guided, supported trips to far-flung destinations around the planet. Although some trips have been postponed to late 2021 and 2022, some expeditions are still on, including a 60-nautical-mile ski to South Pole in early January 2021. Click iceaxetv.com for a list of currently planned adventures as well as pricing and inclusions. Antarctica trips depart from Puntas Arenas, Chile.

Best time to go: November-March, which is spring to late summer in the Southern Hemisphere, when there’s between 18 and 21 hours of sunlight per day

Average temperatures: From 28 to 44 degrees Fahrenheit

Packing essentials: Knee-high waterproof boots, waterproof pants, a heavy down parka, and the warmest mittens you can find.

Fun fact: It’s illegal to take anything home with you that you didn’t bring, This includes bones, feathers,  soil, or even rocks from the beach. Snap a photo and leave it be. 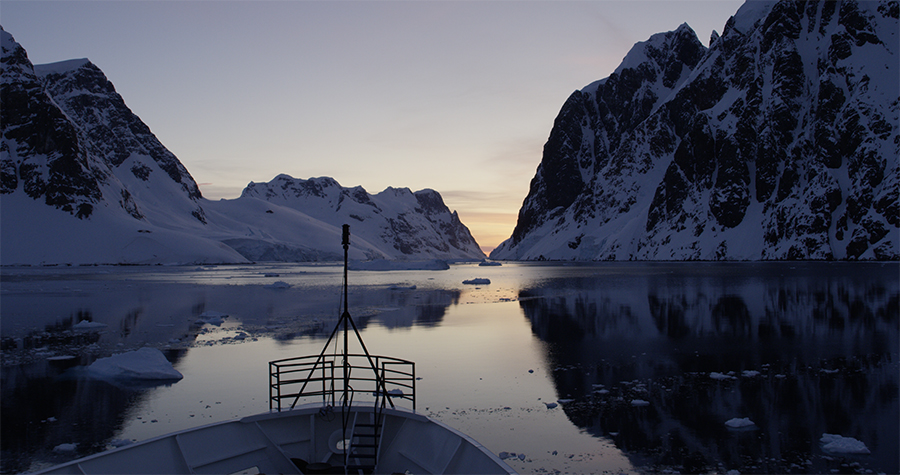