For the season premiere of the 5th season of “Long Underwear”, sponsored by Sierra Nevada Brewing Company, host Amie Engerbretson sits down (at a safe social distance) with snowboarder, Nick Russell.

Snowboarding phenomenon Nick Russell likes to call the Sierra Nevada backcountry his home mountain. He is a big mountain snowboarder who’s made a name for himself by stepping out of his comfort zone and charging steep lines and couloirs in places like Denali, Utah and beyond. This year, he is featured in his first Warren Miller film, “Future Retro” in a segment that includes fellow snowboarders and Protect Our Winters (POW) ambassadors Elena Hight and Danny Davis. The three set out with Ice Axe Expeditions and toured the landscape at the end of the Earth in Antarctica. 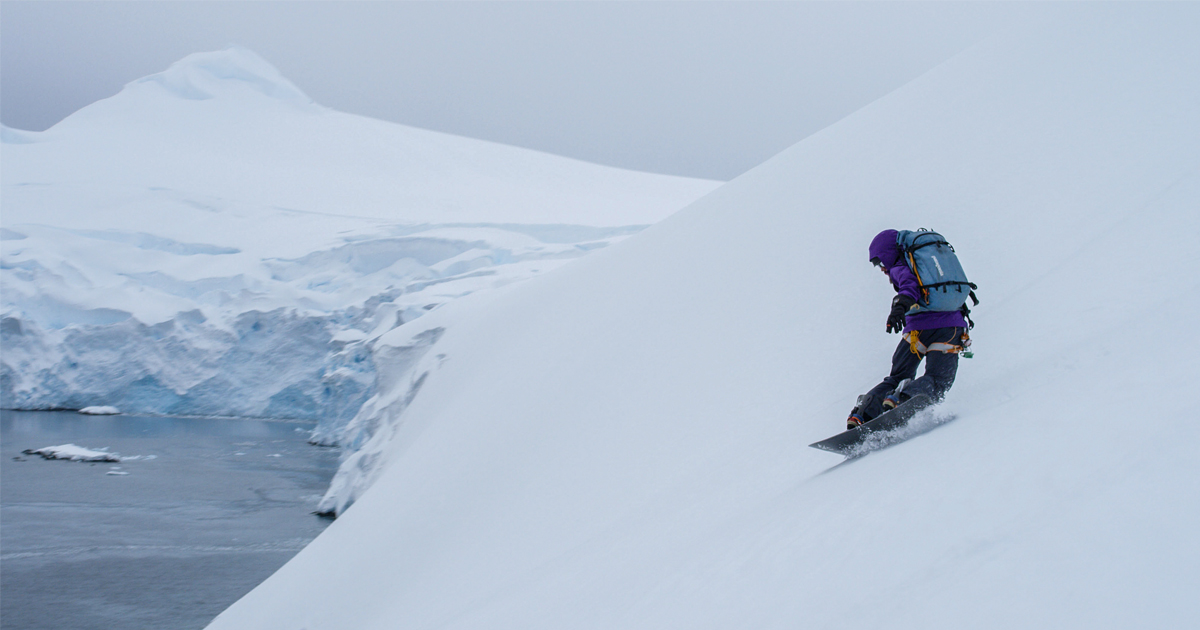