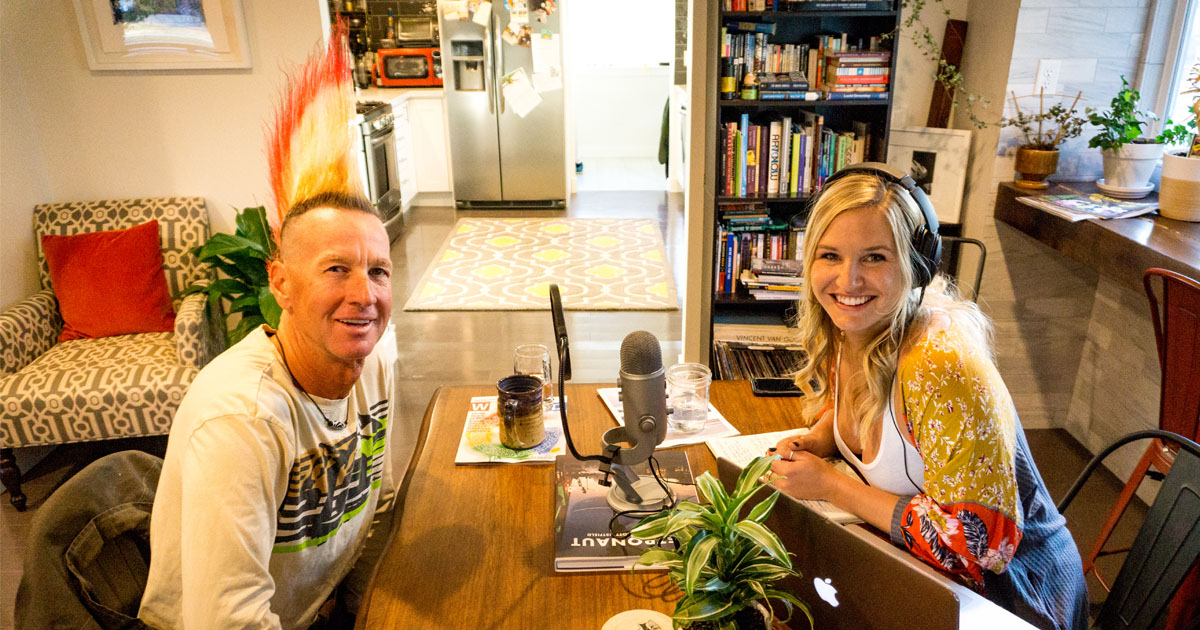 Glen Plake and Amie Engerbretson in the fall of 2019.

Glen Plake and his famous mohawk changed the world of freeskiing and extreme skiing well before there was any form of social media. He’s been in Warren Miller films as well as other ski movies, like the “Blizzard of Aahhhs”,  staring legends like Scot Schmidt and Mike Hattrup. Today, Glen is an ambassador for PSIA (the Professional Ski Instructors of America) and is featured in the Mustang Powder segment in 2019's Warren Miller film, “Timeless”, presented by Volkswagen.