On the Road: Marcus Caston

Like true ski bums, we skied a lot and learned a little. But the lesson we took away, that adventure isn’t about where you are but about the imagination you have, that will stick with us forever.

Nearly every trip I have been on for for Warren Miller, has been one far away from home.  Long plane rides to countries and mountains I have only dreamed of since childhood.  I feel so fortunate that skiing and Warren Miller have taken me around the world in my lifelong search of the free lift ticket.  But if there is one thing that I have learned from Warren Miller movies, is that adventure can be found on skis no matter where you are.  This year Warren Miller sent friend and filmmaker Tim Jones and I on a road trip of a lifetime only 6 hours from my front door in Salt Lake City.

Let me say first, Tim is one of my favorite people to road trip with.  He is a vegetarian which means he won’t eat my beef jerky, but he also likes to load up on candy and is great at sharing.  Our trip was broken into two parts, and our first stop for the trip was Steamboat Colorado about 6 hour drive east of Salt Lake City.  You have probably heard of Steamboat for its big famous ski resort, but Tim and I were only interested in skiing the lesser known “town hill”, Howelsen Hill.  Howelsen truly is the “town hill” as it is actually owned and operated by the city of Steamboat Springs.  Skiing is an important part of the community, so Howelsen is there to provide the service of making skiing accessible to anyone who wants to try.  A seasons pass at Howelsen is $219 where as a single day ticket at Steamboat is $240. 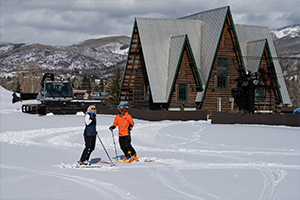 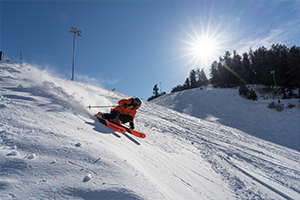 Tim and I drove the easy 6 hours without incident and got checked into our airbnb.  It was late in the afternoon, but Howelsen was open for night skiing so we put our boots on.  We met the mountain manager Robbie as he was making lap after lap trying to get his runs in.  It soon became clear to us how much the mountain means to the people who utilize it and work there.  Everyone at Howelsen was there for the skiing, whether it was for ski racing, ski jumping, or just getting a few laps in.  We never heard complaints about the grooming, the line for the rope tow, or the service.  All week Tim and I made friends all around the mountain, and had a great time finding little jumps or turns that we would go back and hit over and over. 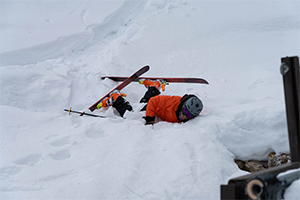 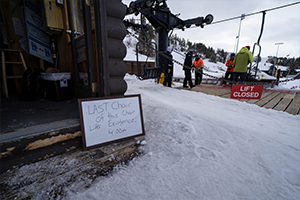 We were both sad when we had to pack up the car and leave for Jackson Hole for part 2 of our trip.  You may have heard of Jackson Hole for their world famous ski resort, but you may not have heard of Snow King, the town hill with a $59 full day adult ticket that we were going to ski the next few days.  I grew up having ski races at Snow King, and even spent a winter racing at the ski club there.  I was excited to show Tim some of the infamous quirky tree runs that I knew he would get a kick out of.  “The King” is the steepest resort in North America from top to bottom and the tree skiing is as tight and steep as it gets.  It’s really puts the legs and mind to the test weaving in and out of the tight dark trees.  We skied and with local legends, the infamous Tim Flanagan and Benny Willson who were full of great stories, and reminded us that we are all the same age once we click into our skis.  Tim and I racked up the runs and slammed a lot of bumps over the next few days.  The beers at the end of the day started tasting better and better and it was harder and harder to get out of bed in the morning.  It was sad to take our last few runs before we hopped in the car and headed home.
Like true ski bums, we skied a lot and learned a little.  But the lesson we took away, that adventure isn’t about where you are but about the imagination you have, that will stick with us forever.
Redeem Coupons