Meet the Locals of Eldora in Warren Miller's "Timeless"

As a winter storm warning presses down on Northeastern Colorado, Eldora makes its debut in Warren Miller’s 70th film

Last week, as theaters across the country pressed play on Warren Miller’s 70th film, “Timeless,” presented by Volkswagen, Eldora Mountain in Colorado announced that it will be opening early on November 1st – the earliest the Front Range resort has opened for the season in over two decades.  Since Warren Miller Entertainment (WME) film premieres have long been dubbed ‘the official kickoff to winter’, it’s hardly a coincidence that many ski areas in Colorado have already opened for skiing this season. Whether or not it’s just good timing, WME’s film tour is moving through Colorado starting November 7th at the Boulder Theater.

Local Front Rangers have more to be excited about than just experiencing WME’s 70th movie, which features legendary old schoolers like Glen Plake and Rob DesLauriers, because the film crew at Warren Miller took advantage of the 2018/19 season’s incredible snow year and filmed at two Colorado resorts: Silverton Mountain and, you guessed it, Eldora.

Eldora Mountain may not be a skiers' household name, at least outside of Colorado, but the Front Range hill, which offers a modest 680 acres of skiable terrain and 1,400 feet of vert, still gets pounded by 300” of snow each year and is Warren Miller Entertainment’s hometown ski hill. The WME film crew spent the winter following fun events and local characters, even filming during the infamous “Bomb Cyclone,” AKA “Denver’s strongest storm on record,” which buried Eldora under nearly two feet of powder overnight. The next morning, WME was there to capture the excitement. 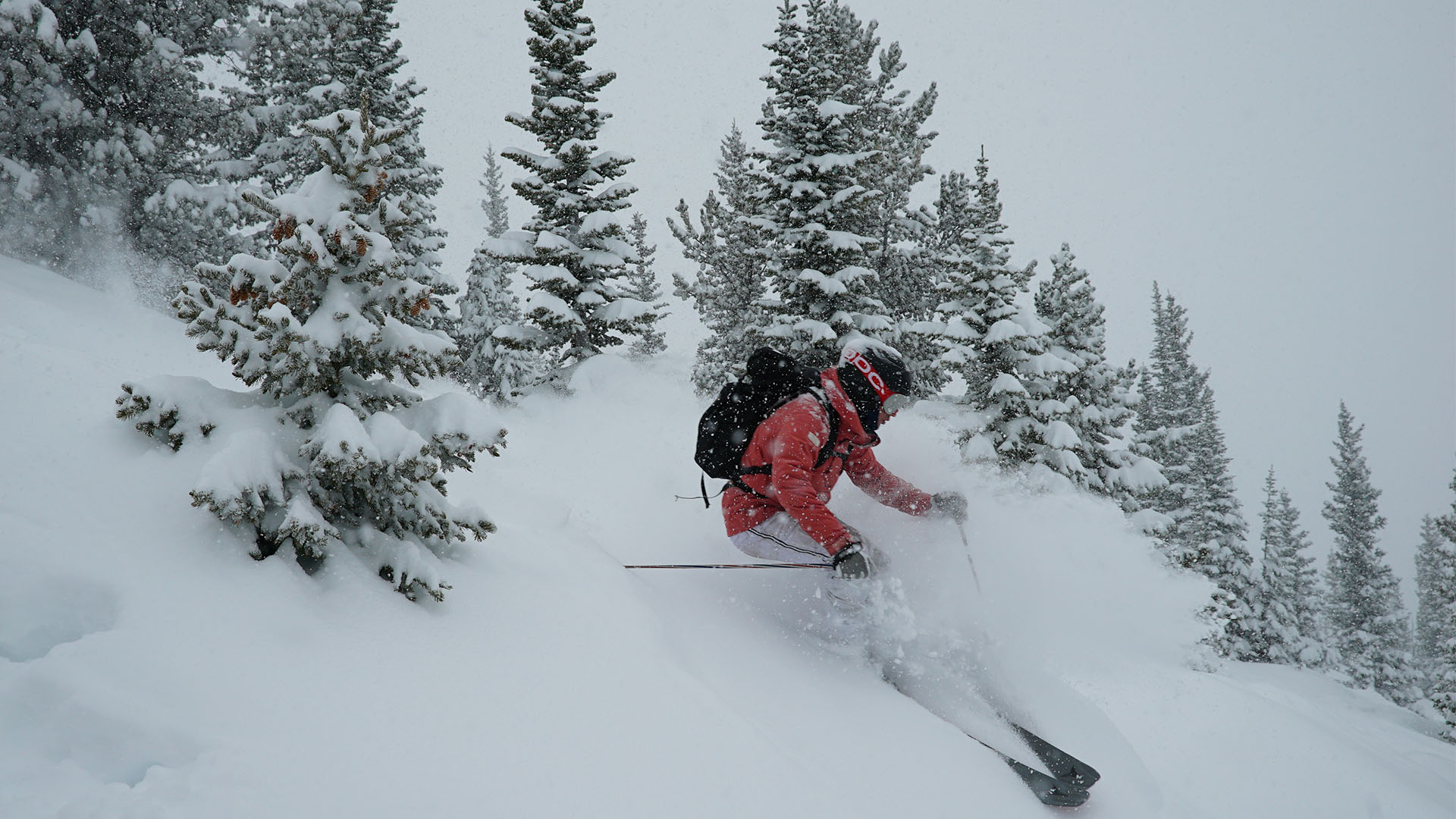 “We got about 18”, so I sent out a companywide email saying that every employee was expected to be at the first chair,” said Mario Molina after the storm. The Executive Director of Protect our Winters (POW), a Boulder based nonprofit comprised of climate change advocates, Molino is a Guatemalan native, snowboarder, and lifelong climate change activist; just one of many locals highlighted in the segment.

Another is Raul Pinto, co-owner of the Satellite Board Shop in Boulder, who spends his weekends mentoring young snowboarders through Eldora’s Woodward Mountain Parks. The Woodward Mountain Parks at Eldora, introduced during the 2016-17 season, use progression-based facilities to introduce new skiers and riders to the park, and according to Pinto, have attracted many new faces to the mountain.

“There is definitely a scene here of skateboarding and snowboarding. The last few years since Eldora has been able to step up the park and really try to make it inclusive to everyone, that’s brought out a lot of new kids to the sport,” he said. “Whether they are kids who moved here for college or living on the Front Range, we are really starting to pump out riders from the resort.” 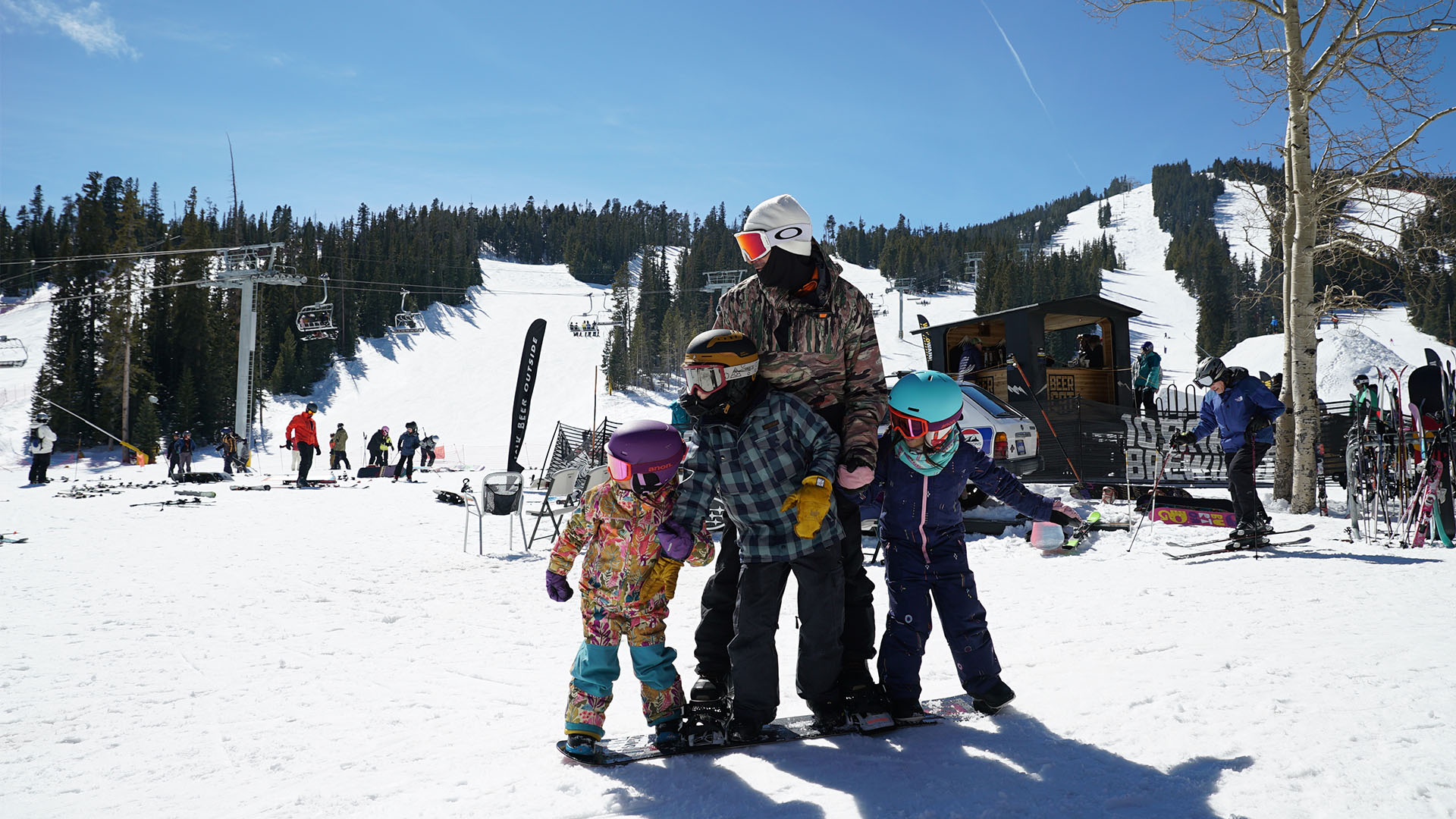 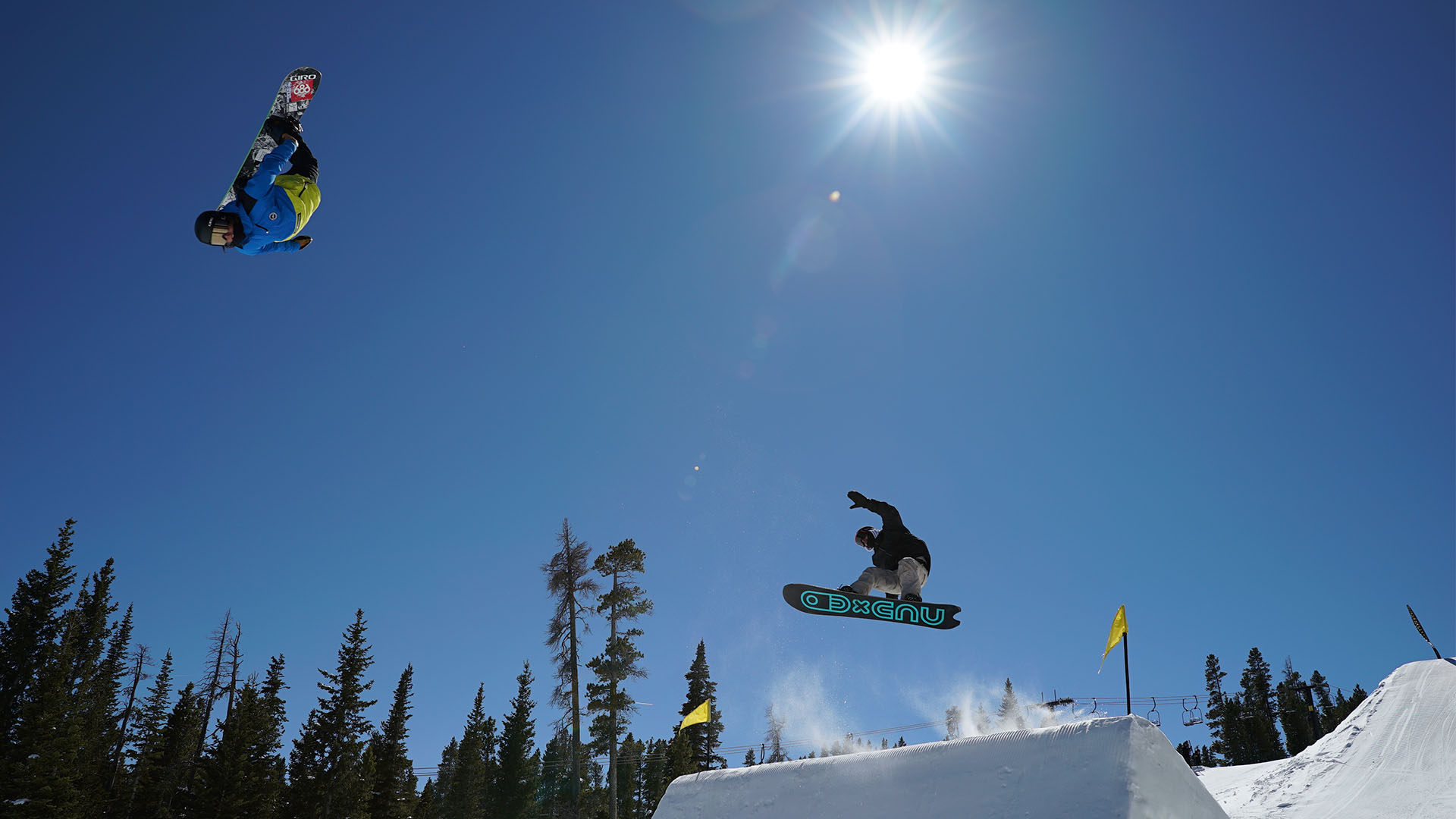 Pinto is featured alongside the CU snowboard team member Cooper Branham, who admits in the segment that during his four years at college, he ended up doing a lot more snowboarding than school work, but credits Pinto and Eldora’s Woodward parks with deepening his passion for boarding over the years. WME filmed Branham and the CU snowboard team during park training sessions and competitions like the annual Trick Ditch Banked Slalom and Pond Skim.

The Eldora segment also highlights Karina Luscher, owner of Salto Coffee Works in Nederland, Christian Løvenskiold of Amundsen Sports, and Barb and Scott Henderson, two Ski Hall of Fame-ers living in Nederland. WME’s narrative thread through the segment is a sentiment that all these locals agree on: Eldora is a small place with big personality that gets its spunk from the fun events and passionate people who live there. Eldora might not be a world-renowned ski resort, but as Scott Henderson says in the segement, “This place is right up there with all the places of the world where the sun always shines!” And now that it’s featured in WME’s 70th film, the world will get to know the low-key community vibe of Boulder’s backyard mountain.