The opportunity to be at the helm of Winterstick as we head into 50 years of snowboarding is an honor, and getting to be included in Warren Miller is a dream come true. 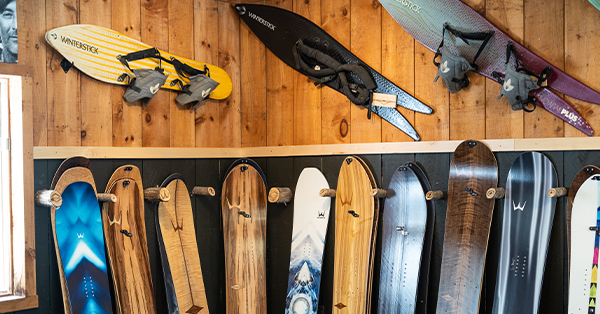 Heading into college, I hoped to turn a degree in mechanical engineering into a career where I could work on something that I loved. While I was at Binghamton University, I was fortunate enough to be introduced to an alumni who was an engineer at Burton, which changed the path of my life. I completed my senior project with Burton, and then switched from getting an MBA to an MS in mechanical engineering, writing my thesis on the relationship of snowboard characteristics and the effects on freestyle performance. Graduating in 2010, my hopes of working in the snowboarding industry quickly died due to the recession, and I found myself working at Electric Boat in Connecticut, analyzing nuclear submarines. While not my dream career, it allowed me to develop my love for snowboarding. Spending long weekends in the car, I developed lifelong friendships and a passion for the sport. 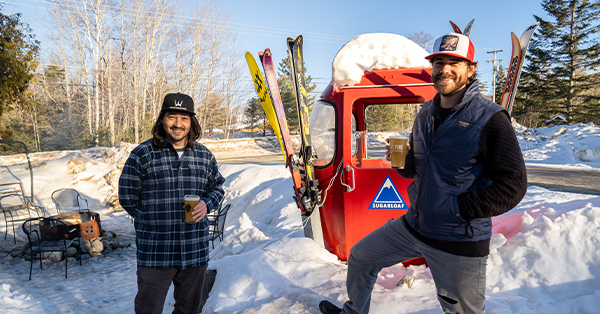 Wanting to chase my dream, I quit Electric Boat and moved to Sugarloaf to help a friend with his start up, North East Ski Company. While I had the use of his loft and was able to help him out where I could, he suggested that there was a small snowboard factory that just started in the same town. After volunteering at Winterstick for a few months, sweeping the floors and scraping epoxy, I took a job as a Terrain Park Ranger for the winter. Eventually when spring rolled around, I was hired at Winterstick. I brought new laser engraving method to the factory to engrave the wood topsheets, and I quickly learned the nuances of snowboard design and manufacturing. After my first summer at Winterstick, I took over as the Chief Engineer, and then a year later, took on the role of the President of Winterstick Snowboards. 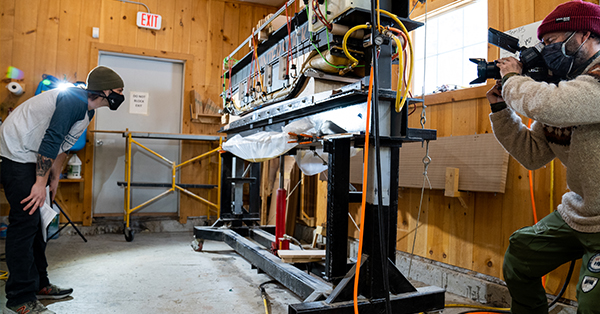 Every year since 2004, attending the Warren Miller film tour has provided the jump-start to my winter. When I got to meet Seth Wescott at Winterstick and see him on the big screen in Portland, I had the fantasy of getting to be in the movie as an extra, or to carry his bags for him just to be a part of the Warren Miller experience. Over the last few years, I got to see the boards leave our factory and appear in the movie under Seth and Rob Kingwill’s feet. But this winter, I got the text: Just got off the phone with director Chris Patterson at Warren Miller. "Give me a ring when you can!" And a week later, I was having drinks with Chris, talking about the plan for shooting over the next few days. Although the snow wasn’t epic and the light was flat, it was so much fun getting to be a part of the process. Getting to show the crew around the mountain and film of my favorite spots is something that I will never forget. On the first day of shooting, we were showing Chris around Bracket Basin trying to find some lines to film. He set up and said, “There’s some rocks down here, you’ll see ‘em.” I started my line and managed to wiggle through all the rocks and get a clean exit past the camera. He turned around after the shot and looked at me and said, “I didn’t hear you hit a single rock”. Growing up in the North East, if you don’t ride the stuff with rocks on it, you never get to have any fun. 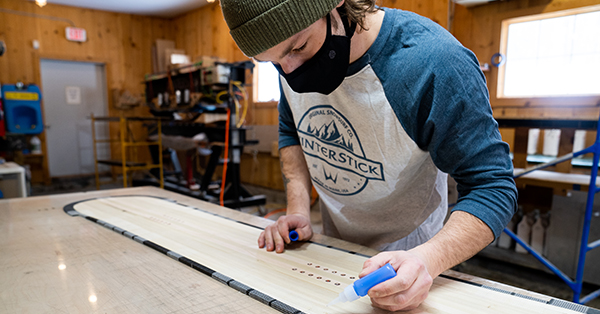 I have been so fortunate to be a part of Winterstick to witness the company go back to its roots, making its own boards in its own factory. The opportunity to be at the helm of Winterstick as we head into 50 years of snowboarding is an honor, and getting to be included in Warren Miller is a dream come true. Sometimes it pays off to follow in Dimitriji Milovich’s footsteps, and quit what you are doing and head into the mountains.