In the midst of a global pandemic, the local Crested Butte Nordic Center saved the ski season by bringing the community together (while still staying 6 feet apart)

When the first case of Covid-19 was confirmed in Colorado on March 5th, Colorado was having an excellent ski season. In February, some parts of the Centennial State recorded snowpacks at over 130% above the seasonal average, and the forecast for March looked even snowier. Resorts were booming and skiers thriving, many oblivious to the outbreak of Coronavirus that was spreading rapidly around the globe, so it was not at all serendipitous that the first infection in the state was a skier recreating in Summit County. Colorado Governor Polis responded by issuing an executive order suspending all downhill skiing operations on March 17th, but by that point, it was too late. The ski season came to a crashing halt as Colorado public health officials warned of ‘extensive spread’ in the high country, especially rural mountain ski resort towns. In particular, Gunnison Country, home to Crested Butte Mountain Resort (CBMR), had one of the highest per capita infection rates in the entire country, ranked sixth for highest rates of Covid-19 per 10,000 people by late March.

Amid the rapid spreading in the valley, Gunnison County officials enforced strict public health orders, limiting gatherings, closing businesses, and effectively shutting down the community. But despite everything, winter continued at 9,000 feet. Parts of the valley received 146” of snow in March alone, but after CBMR stopped spinning lifts on March 15th, any snowfall felt fruitless. The backcountry scene was even less consoling as masses of people packed trailheads and skin tracks, only further exacerbating the situation. In the grand scheme of things (see: global pandemic), the loss of a ski season is meniscal and hardly something to complain about. But for many, especially in a mountain town like Crested Butte, the ability to click into skis and escape reality for a few hours is critical for wellbeing. As the snow continued to fall, it seemed like all opportunities for safe outdoor recreation were diminishing. That’s when CB Nordic stepped up. 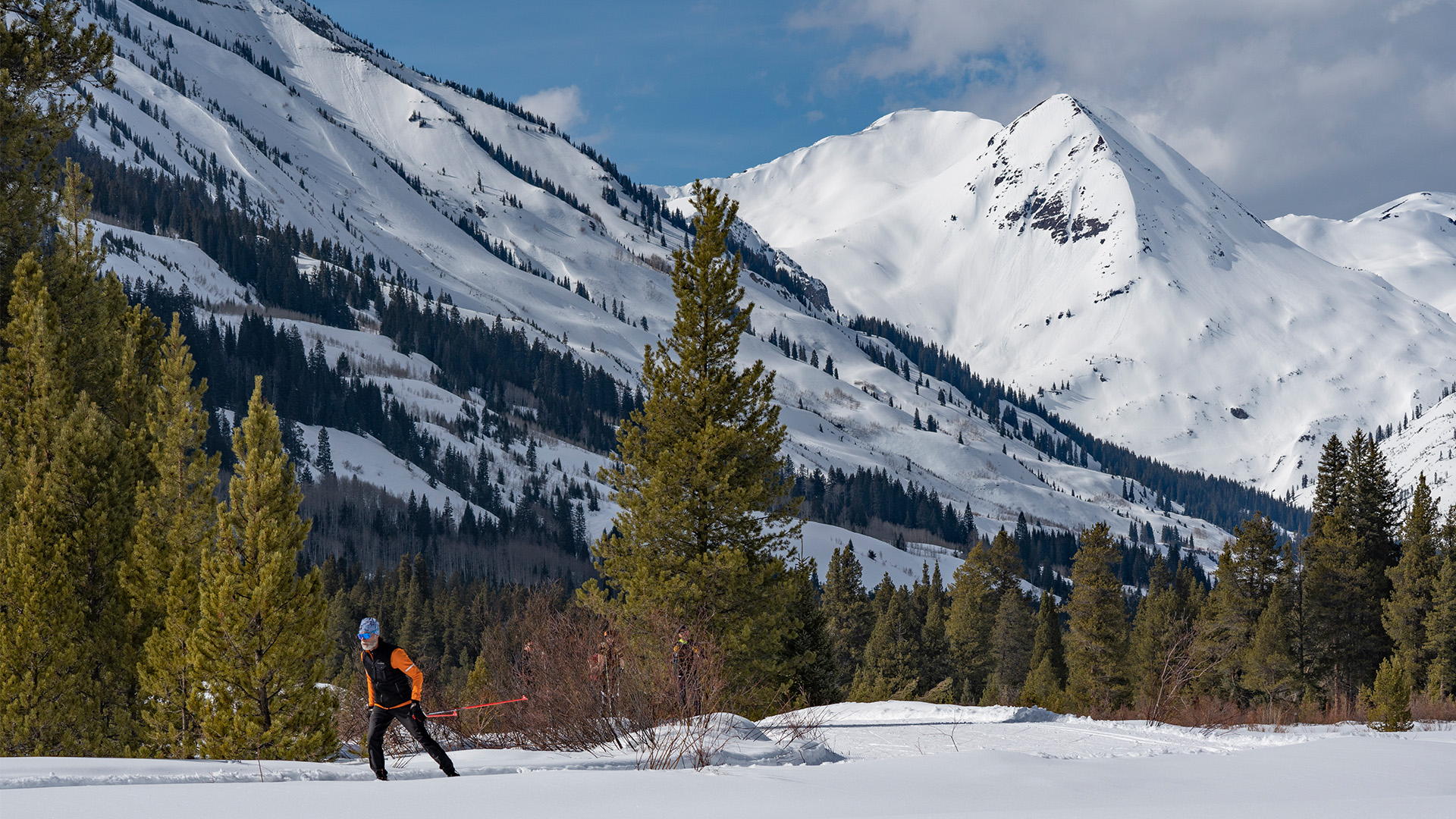 “With the ski area, the schools, and the businesses closed, we figured people were going to be needing something to do,” said Laura Puckett Daniels, Marketing and Development Director of CB Nordic, a nonprofit cross-country ski center in Crested Butte. “Winter wasn’t over when this all started! So it wasn’t like people could just go ride bikes or hike the trails. There was nowhere else for people to be outside, and it just kept snowing.” When the Nordic Center made the decision to stay open through the pandemic, they anticipated that it wouldn’t come without challenges, but ultimately, their main goal was to get as many people outside as possible. “We knew we could be of service to our community. We could provide a easy, safe, socially distant way for people to get outside and recreate, and the trails really became a safe haven.”

The first hurdle was cutting back to a skeleton crew, leaving only a solo groomer. But with over 50 kilometers of trails to account for, he was working 100-hour weeks to groom the whole system. CB Nordic applied to the County to become a designated Utility, and then were able to bring on a second groomer. The other big obstacle was finding a creative solution for navigating the rental system after shutting down the Nordic building to the public. “We wanted to be sure that we kept everyone safe, and we weren’t sure how to do that in the beginning,” noted Daniels. “Our whole rental operation has historically been built on face-to-face contact." 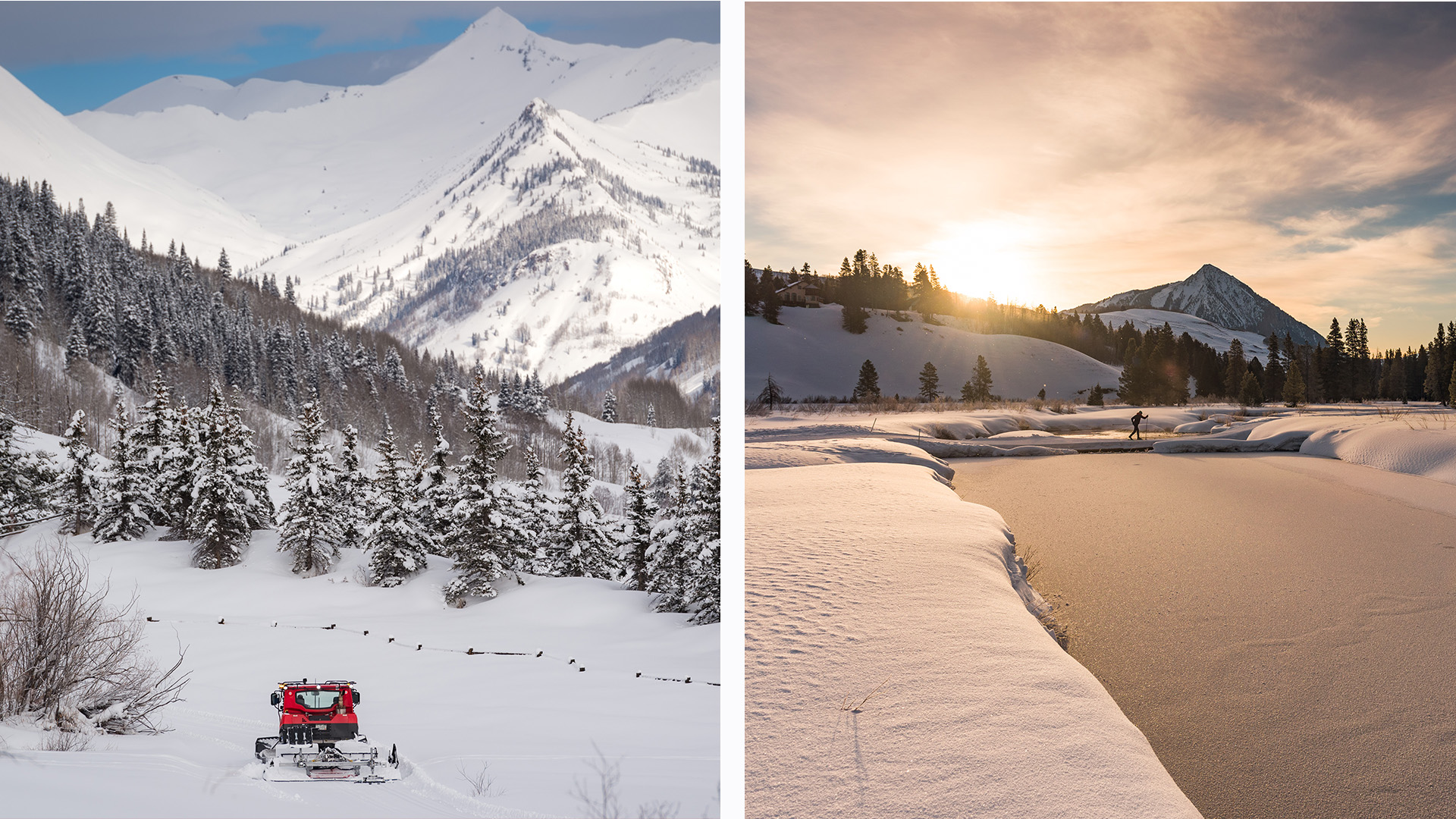 Traversing into uncharted digital territory, CB Nordic launched their first ever online reservation system. They were able to minimize contact between customers and employees by setting up a daily pick-up and drop-off location outside the Center, and every night the staff would take equipment back, disinfect it, and re-issue everything the following day. Then, as public health orders got stricter, they moved to a multi-day rental system so skis were going through even fewer hands.

At this point, the virus was spreading through Crested Butte like wildfire, and to make matters worse, everything had shut down right when Spring Break was supposed to be ramping up, which is one of the busiest tourist seasons that businesses depend on. Locals were feeling the financial strain, and CB Nordic wasn’t immune to the economic impacts. On top of cancelling all lessons and events, including their biggest annual fundraiser, The Grand Traverse, missing Spring Break meant missing out on revenue. And calculating in operation costs for labor fuel for grooming, CB Nordic was actually losing money. Despite this, they opened payment for rentals and passes to a donation system. A message on their website stated “This is an unprecedented time; it calls for unprecedented measures. We have decided to make season passes and rental equipment pay-what-you-can. We want you to get outside, get exercise, and get fresh air with your family, no matter what.”

The response from the community was incredible. CB Nordic rented out their entire fleet of skis to capacity and issued 135 new season passes as people (safely) filled the trails. From families to traditionally alpine skiers to Nordic newbies, Daniels saw many new faces out skiing. “We also saw a lot of vintage Nordic gear that seemed to have been living in people’s garages for the last twenty years.” Grateful for the opportunity to be outside, Crested Butte locals were able to make the most of the remaining winter season. 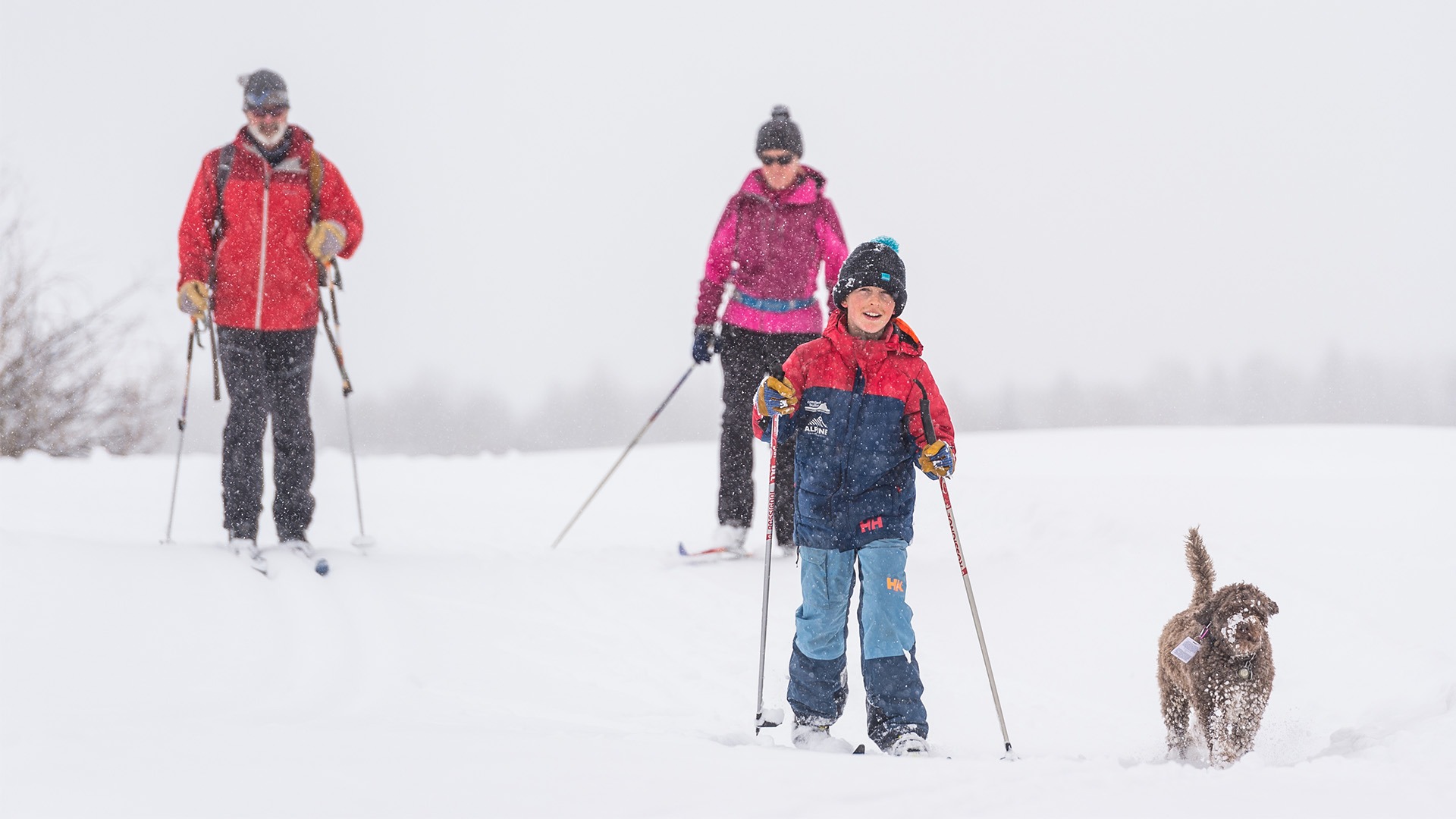 “CB Nordic was founded on the principle that cross-county skiing and snowshoeing are good for health of our bodies, our minds, and our community. Never has this felt more true,” stated CB Nordic Executive Director Christie Hicks in a letter on April 1st. “While the COVID-19 pandemic rages around us and the snow continues to fall, it has become ever more clear to me that our mission is of vital importance for the health and wellbeing of our community.”

CB Nordic shut down on their regular season closing date April 12th. As the snow around the valley began to melt away to a brighter seeming springtime, the staff bid farewell to the community. “While this winter did not end the way any of us would have wished, looking back, the season was so much more than this current crisis. Thank YOU for making this our best season yet.” In the end, it wasn’t the winter season that anyone had anticipated, but CB Nordic found a way to help the community through it, not only by providing an opportunity to recreate, but also by giving friends and families a way to play in the snow together. And that is all anyone can hope for during any winter ski season.

Fat Biking: It's Not Just for Crazies