Fat Biking: It's not just for Crazies

From nordic ski trails to winding singletrack, bikers of all abilities are hitting the dirt and snow with fat bikes.

You’ve probably seen them around. Bikes with giant, beefy tires that look they belong on a Go Cart rather than a bicycle. And yes, people look kind of goofy tooling around town or on singletrack trails with those jumbo tires. It seems a little excessive, but fat bikes are built just for that – riding on nearly any terrain. You don’t have to be an extreme mountain biker or road cyclist to enjoy fat biking. They’re very similar to regular bikes but have wider tires for better control. 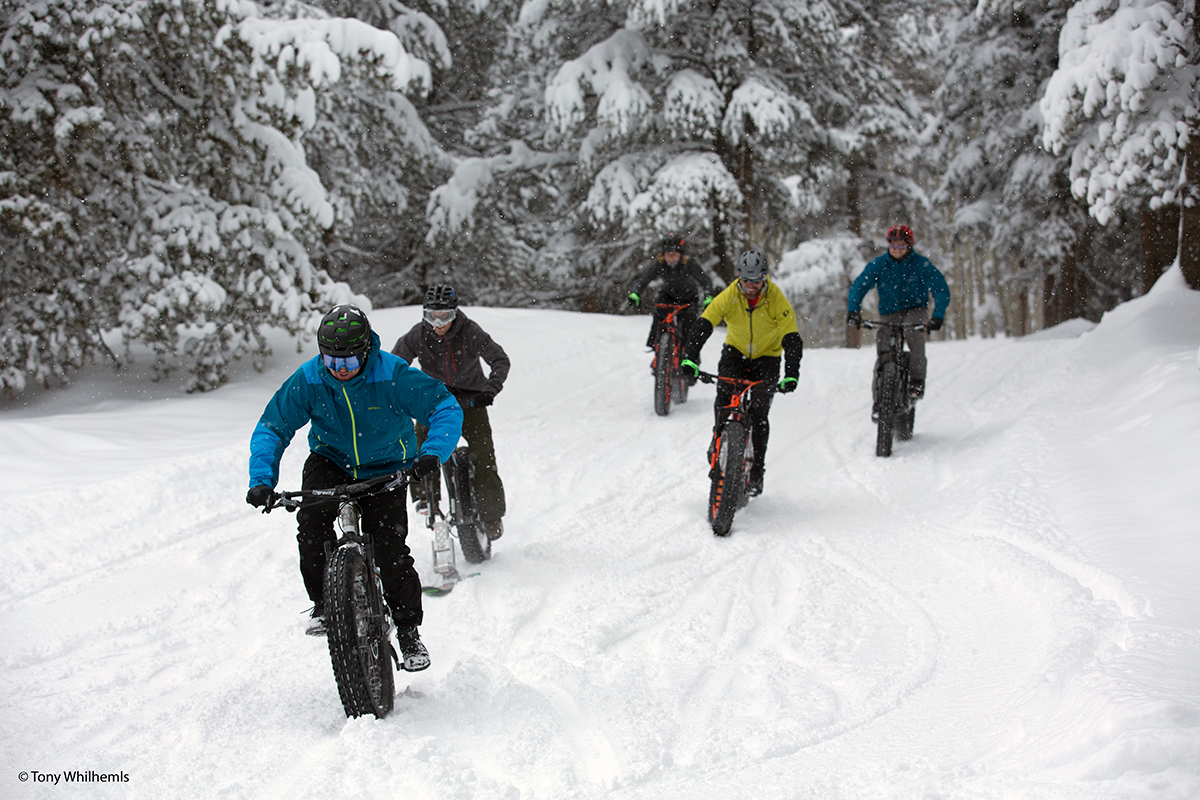 Bike enthusiasts trade their boards and sticks for fat tires to hit Crested Butte's extensive trail network during the shooting of Here, There & Everywhere.

Within the last decade or so, fat biking has grown from a means of winter commuting in states like Alaska and Minnesota to year-round fun on trails and mountainsides. In fact, fat biking is now one of the fastest growing trends in the bike industry. Why? Because they can ride on nearly any terrain. When your traditional mountain bike falls short, the fat bike carries on.

Last January, Crested Butte, Colorado held the inaugural Fat Bike World Championships (FBW) – a cross-country race for both competitive and non-competitive fat bike cyclists capped with a vender expo and lots of beer. The weekend was a celebration of two things: biking and snow. Action sports photographer and biking zealot, Tony Wilhelms, was on sight at the FBWs so we caught up with him for a basic Q&A about fat biking.

I’ve heard fat bikes are great for beginners, would you agree?
Absolutely. When I was in Durango, Colorado last summer there was a bike touring company putting younger/beginner riders on fat bikes because they’re more stable and easier for them to handle with gear attached.

Are fat bikes a lot different than traditional mountain bikes?
Not too much. Fat bikes have a wider fork and frame to accommodate the fat tires, but the geometry, breaking, and shifting setup is similar to mountain bikes. Steering is a little different and needs some getting used to because of the bigger tires, but learning the nuances comes with time. 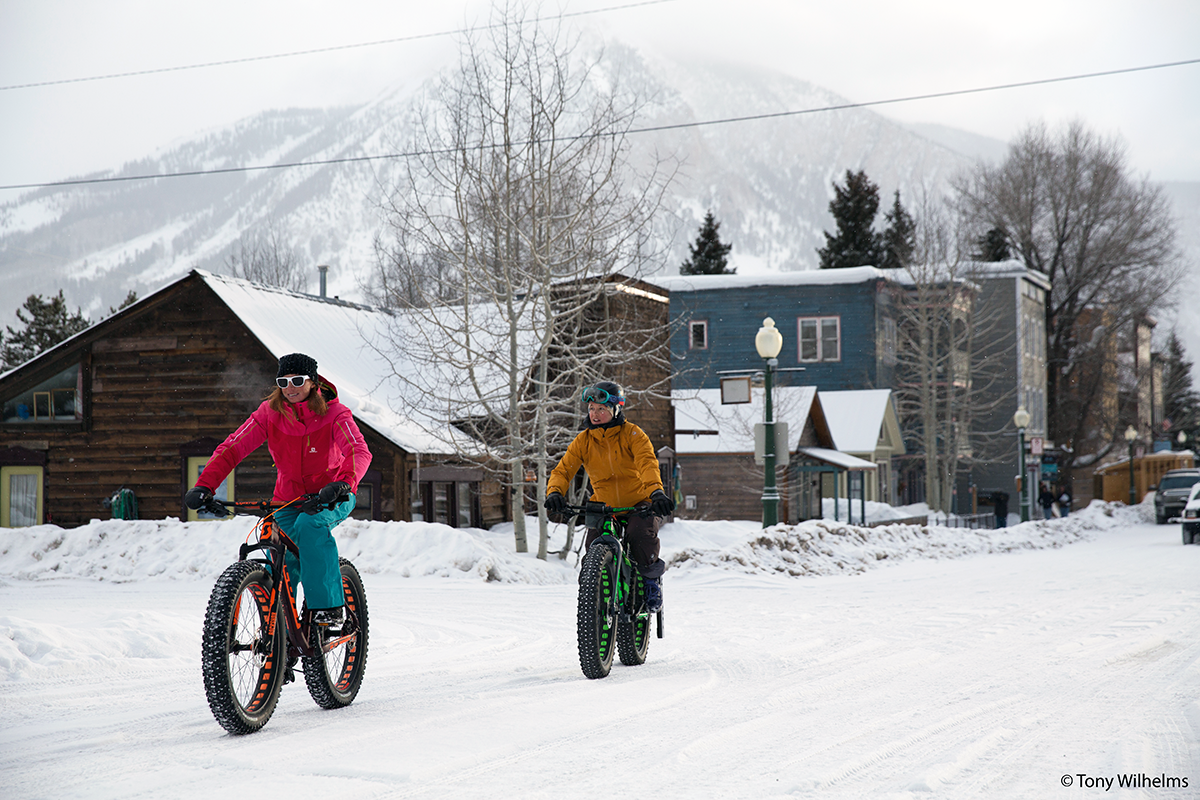 Skiers Wendy Fisher and Ingrid Backstrom take a break from filming Here, There & Everywhere to bike around Crested Butte.

It looks like you don’t slide on snow with a fat bike nearly as much as you would with a regular mountain. Why is that?
Since you can run lower tire pressure on a fat bike, there will be more tire contacting the riding surface, thus giving you more traction. The tires give you added traction in almost all conditions: snow packed trails, sandy and washed out trails, and roads or paths covered in loose gravel.

Flowing dirt trail? Aren’t fat bikes used mostly for riding on snow?
That’s kind of a common misconception. You see more people riding them on snow because you can’t really ride a road bike or regular mountain bike on snow. But, fat bikes work on single track as well. The tires make it easier to roll over rocks and roots, and they act as shock absorbers when you go downhill. I’ve followed some pretty fast riders that were riding fat bikes on rocky and technical terrain.

But what about the argument that they aren’t as nimble or agile on singletrack?
It’s all about what you prefer. Some people think fat bikes roll over obstacles easier and handle better on sandy trails and loose gravel. Other people prefer mountain bikes for faster cornering and faster climbing. Bottom line, go ride and have fun!

What’s the proper attire for fat biking during winter?
The nice thing is that you can use your ski-touring or cross country gear for fat biking That’s what I did when I got my first fat bike. My pants were a little wide on the drivetrain side, but a rubber band solved that problem. There is “made for fat biking” clothing, but if you’re a first timer, use what you have and start buying all the fancy GoreTex fat biking clothing if you’re getting into it a lot more. Make sure you wear gloves instead of mittens. You still need your fingers to break and shift your gears.

What is some basic advice you would give to a novice fat biker?
Some basic advice would be to take it slow and get comfortable with the feeling of a wider tire underneath you. It does take a little bit of getting used to. Also, start with flat pedals.

Catch all the Crested Butte fat biking action on the big screen in "Here, There & Everywhere." Click here for tour dates & tickets.