A Sit Down With K2 Athlete Tyler Ceccanti 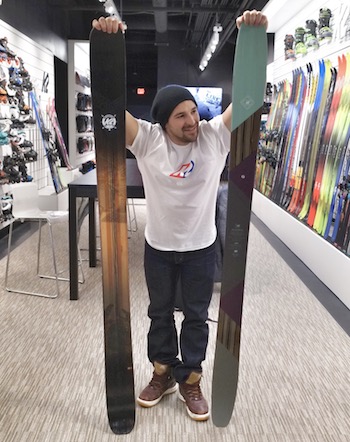 Tyler Ceccanti remembers trecking over to Vashon Island when he was 14 years old with his dad to pick up the first pair of sponsored skis as a K2 athlete. That was back when the K2 factory and HQ were all in the same space. They were the K2 Mini-Enemies and he couldn’t believe it was real life.

“K2 Skis is pretty much my backyard company,” says Ceccanti as he sits in K2’s new headquarters in downtown Seattle, on the corner of 4th st. and Pine, on a Friday afternoon. “I grew up watching Seth Morrison and other great skiers ride K2 and so the day I got picked up by them was honestly a dream come true.”

As a Washington native, his strong allegiance to the Seattle-based company is no surprise. Growing up, Ceccanti’s dad had him in the racing program at Crystal Mountain, telling Tyler he had to do it until he could keep up with him. “I hated it. I think I won a race once. But, I owe a lot to racing, because it definitely made me a stronger skier.”

It wasn’t until Tyler saw Ski Movie III: The Front Line, an MSP film made circa 2002, featuring Seth Morrison, Tanner Hall and Shane McConkey freestyle skiing and hucking themselves off of big features, that he realized what he truly wanted out of skiing. At age 13, he entered a big mountain competition at Crystyal and he placed. From there, things just started working out. 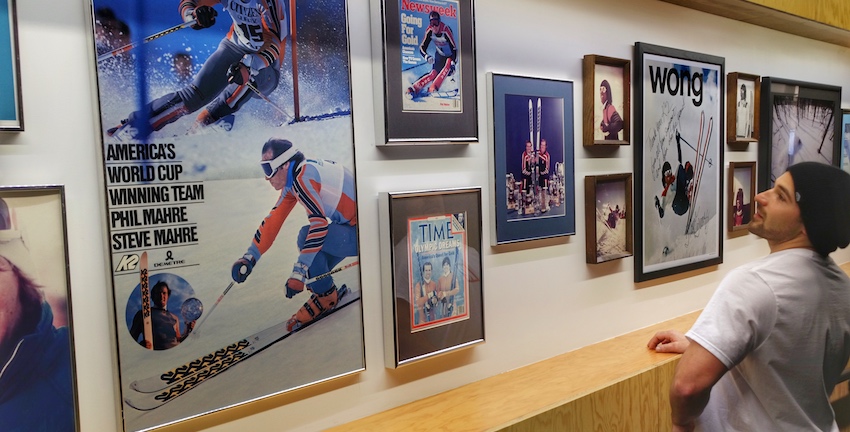 “Filming my first Warren Miller Film, Dynasty, at my home mountain, Crystal, was a huge turning point for me,” says Ceccanti. “That shoot was crazy though. It had rained a few days, then snowed three more and we were supposed to take this heli out. Then finally all the stars aligned and the sun came out and I was able to go up and ski. I think the shoot was originally supposed to be for the Backstroms or something - I can’t remember -but I felt like I got so lucky.”

Since Dynasty, made in 2009, Ceccanti has been in six films with Warren Miller Entertainment, all-the-while rocking K2 Skis and boots. Including in this year’s film, Here, There & Everywhere, where he doned the K2 Pettitor and Powabunga skis and toured and skied in the Pinnacle boot.

“I’ve done so much cool stuff with K2 and Warren Miller Entertainment over the years, especially K2” he says. “Helping them represent and sometimes even develop their skis has been so fun and made me the skier I am today.” 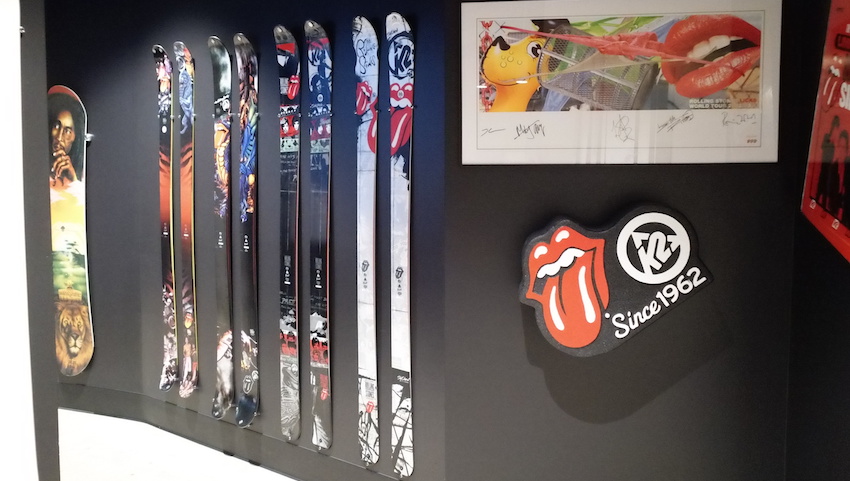 As the ski industry and ski film industry has ebbed and flowed over the years, Ceccanti has kept it real back at home. When he’s not skiing, he’s just your average guy living in the Pacific Northwest, working at his dad’s construction company, enjoying season tickets to the Seahawks and hanging out at the Ceccanti Farm.

“My parents have llamas, honey bees and some cats and some dogs,” he laughs. “We had some goats named Billy and Stuey too, but they died.” He’s close with his family, all living within ten minutes of each other in Lake Tapps outside of the city. He loves life up here, and doesn’t plan on leaving anytime soon.