Monarch Mountain: They Don't Fake It

One Colorado skier discovers what it means to “Ski Independent".

It’s 9:00 AM on a clear Sunday morning the day after a winter blizzard tore its way through Colorado’s South Central Sawatch Range. Monarch Mountain had reported 9” of fresh snow, but to my disbelief, the ski area parking lot is empty save for a dozen or so cars at the far end. I catch my brother’s eye in the passenger seat and raise an eyebrow. We both know that at any other mountain in Colorado, finding a parking spot at this time on a bluebird powder day would be near impossible, let alone finding one in the front row. Intrigued, we pull up next to some Carhartt clad locals, pull on our ski boots, and head out to explore the mountain.

In my lifetime, I’ve driven over Monarch Pass too many times to count, and until now, I’ve skied the mountain only once as a kid. The small ski area perched atop the Continental Divide at 11,000 feet off US Highway 50 had never grabbed my attention in the sea of bigger, more established resorts. It wasn’t until a few years ago when I picked up some mischievous Monarch Mountain stickers that the ski area popped back up onto my radar. After that I started noticing their message everywhere, from highway billboards to radio ads: “Ski Independent.” I was impressed by their bold tagline, especially in today’s industry. As resorts around the country become consolidated in an ever-monopolizing ski world, independently owned ski areas are an increasingly rare breed.

There was something interesting going on at Monarch, and I was curious to find out what it was, which brings me back to that bluebird powder day. As my brother and I made our way past the timeworn base lodge and loaded a fixed double chair moving at a leisurely speed, we prematurely assumed we’d only encounter the beginner to intermediate terrain we traveled over, but both quickly changed our minds once we started skiing. 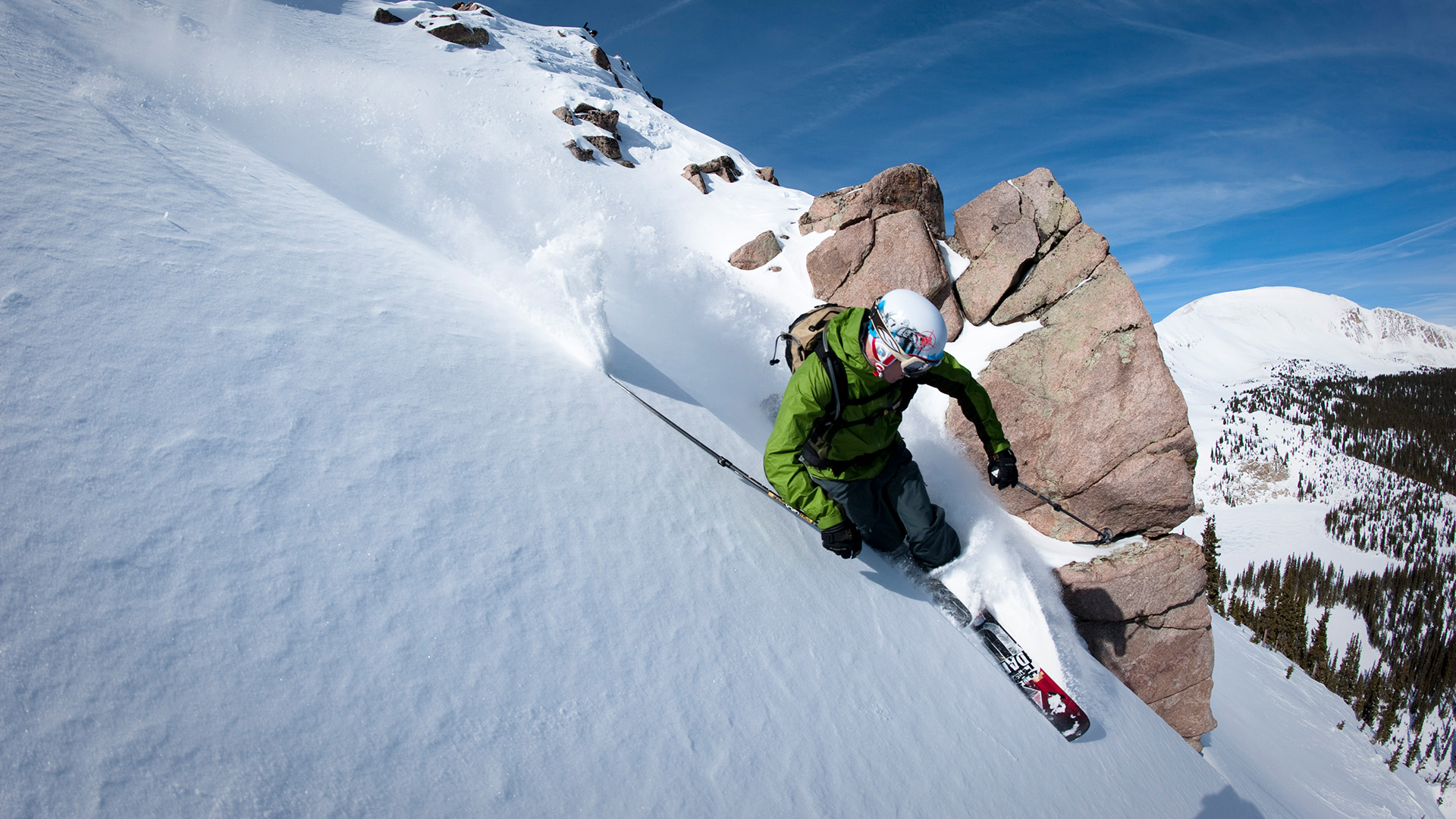 Dropping our way through untouched powdered glades and open bowls, we found playful features and even some technical terrain. Although the storm from the day before had long passed, we continued to find powder stashes through to last chair and were impressed that even though the inbounds terrain tops off at 800 acres, we didn’t ski a single run twice. I realized that despite the modest look of the resort, it’s truly the incredible skiing that makes Monarch so special.

Instead of developing base lodges with fancy whistles and bells (or even installing a snowmaking system – the 350” of annual snowfall is more than enough), Monarch has put its resources into developing its access to skiing. Embracing the already popular backcountry scene around Monarch Pass, the mountain has expanded into sidecountry. In 2005, it opened Mirkwood Basin, an avalanche controlled ‘special use boundary’ zone adjacent to the ski area with access to 130 additional acres of hike-to terrain where skiers (carrying avalanche safety equipment) can explore bowls, steep chutes, and glades. They’ve also opened a Beacon Basin Training Park for avalanche rescue training, complete with seven buried transceivers that are wired to a central control panel that changes signals daily, and every year the mountain hosts an annual Backcountry Day Event.

In addition to its sidecountry access, Monarch has developed a full service cat skiing operation complete with guides, a 15-person Prinoth BR 350 Tour Cat, and access to extreme terrain that spans 1,635 acres on both sides on the Continental Divide. The big mountain culture here is real. It’s also affordable. Monarch consistently gets included on Colorado’s “cheapest lift tickets” lists, and even offer a mind-blowing ‘migration ticket’ where you can purchase a $57 day pass by showing that you have a season pass to any other ski area. Because, who knows, “you may just end up migrating to Monarch.” 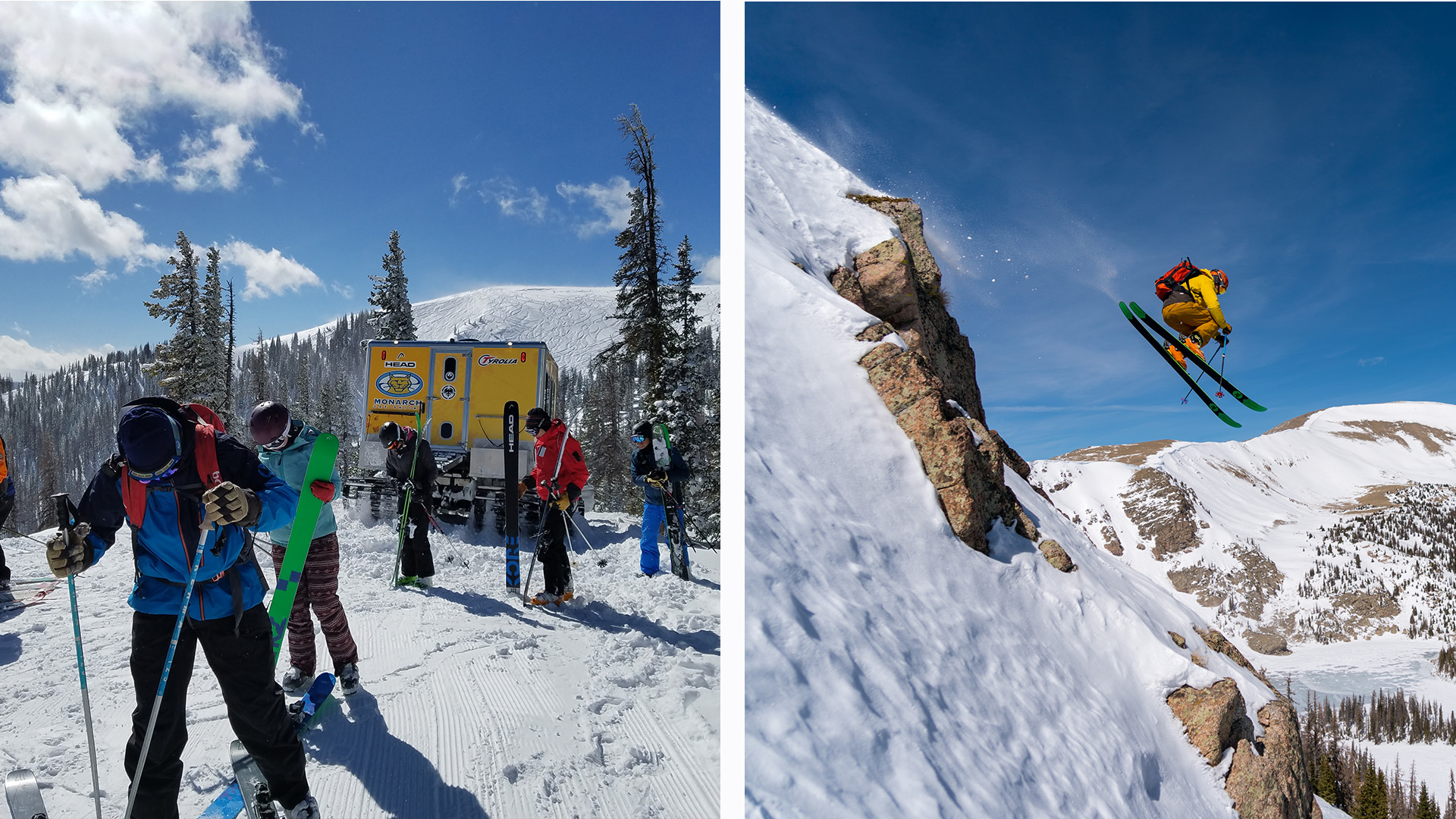 It’s impressive, the access and experiences that Monarch Mountain has to offer, especially considering its unallied with any ski corps or mega passes. But I guess that’s what “ski independent” stands for; the ability to be unique and authentic, and to focus on what matters most. By today’s standards, Monarch is an anomaly; The old-fashioned base area and slow double lifts are a far cry from the glamorous ski villages and gondolas at other Colorado resorts, but the vibe exudes a nostalgia for the days when skiing was actually about the skiing, and not all of that extra nonsense. This season is Monarch’s 80th anniversary, so clearly, they’ve been doing something right all these years, or as they’re saying on Instagram, they’ve been #KeepingItRealSince1939.

My brother and I eventually find ourselves back at the base area, at the local watering hole the Sidewinder Saloon, stretching our legs and debriefing the excellent day. We both agree; between the great terrain, affordable prices and short lift lines, Monarch Mountain is a hidden gem. Eventually we pack up the car and make our way back onto Highway 50. I know that the next time I drive over Monarch Pass, I’ll be definitely be stopping to ski again.

The Resort that Time Forgot

So You Want To Ski Out Of Bounds, Eh?

Telluride, Colorado: Past and Present