If ski resorts were characters in Game of Thrones.

It’s been said before: the current climate of the ski industry can sometimes feel like an episode out of Game of Thrones.  Just like GOT, the ski world has seen its share of powerful empires (think American Skiing Company) and Red Weddings (like the crash of Intrawest). As Vail Resorts and the newly formed Alterra Mountain Company battle it out for control of the ski world, and as we approach the highly anticipated final season of GOT (April 14!), it’s hard not to draw parallels between the two worlds.

(SPOILER ALERT: spoilers for anyone behind on their GOT history are included in all content below, read at your own risk.)

Take, for example, Intrawest. At its height, it was the largest ski resort operator in the U.S., but after defaulting in 2008, the company was forced to divest in its resorts. To any Game of Thrones fan, this may sound similar to what happened to House Stark after Ned got his head cut off in season 1.

The War of the Five Kings that resulted from Ned Stark’s beheading threw Westeros into chaos, but the clear winner that emerged was House Lannister. Meanwhile, in North America, the Great Recession hit the ski industry hard, but Vail Resorts was seemingly the most resilient as the company launched the Epic Pass in 2008.

11 years later, and after numerous acquisitions, Vail Resorts is sitting on the Iron Throne, but not without new challengers. In 2017, Henry Crown and Company (owners of Aspen Skiing Company) and KSL Capital Partners (owners of Squaw Valley Alpine Meadows) announced the formation of Alterra Mountain Company, and the Ikon Pass was born. That same year in Game of Thrones, Daenerys Targaryen made her triumphant return to Westeros to take back the throne, aided by some new alliances. Keeping that all in mind, here’s a breakdown of who our favorite GOT characters would be if they were ski resorts: 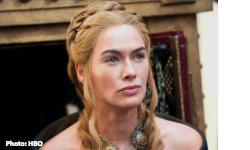 Both these powerhouses are dominating forces in their respective worlds, and both are characters that everyone loves to hate on. Just as Vail emerged triumphant through the Recession, Cersei eventually assumed the role as Queen through clever strategy, smart investments, and yes, a few hostile takeovers. Although world domination comes with its vices, both Vail and Cersei are compassionate mothers that take care of their families. 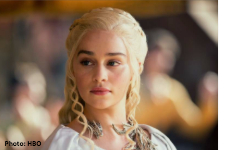 One of the most historic and respected ski operators in America, Aspen Skiing Company is part of the alliance that formed Alterra Mountain Company in 2017 and was a key driving force behind the Ikon Pass, helping to craft a strategy that included forming partnerships with other ski operators for the pass. Daenerys is currently forming her own alliances with other houses in Westeros, eventually planning on taking the Iron Throne from Cersei. If Aspen Mountain is Daenerys, and Highlands, Buttermilk and Snowmass are her three dragons, we just hope one of them doesn’t turn into an ice rink anytime soon (we prefer the powder). 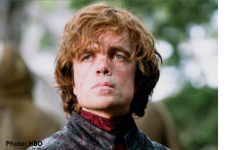 The other key player behind the rise of Alterra Mountain Company, KSL Capital Partners was founded in 2005 by former executives of Vail Resorts. KSL acquired Squaw Valley Ski Resort in 2010, and now is rivaling its former acquaintances at Vail for control of the ski industry. Tyrion, similarly, broke alliances with his family and is now working with Daenerys to overthrow the Lannisters from the Red Keep. 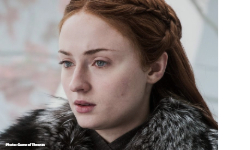 Sansa has had quite the saga throughout the series, from being engaged to Joffrey to being held captive by Ramsay to now returning to her Stark roots and becoming Lady of Winterfell. Mammoth Mountain, comparably, has gone through a number of ownerships, from Intrawest (1996 – 2005) to Starwood Capital Group (2005 – 2017), ultimately ending up back together with Intrawest resorts when Alterra bought Mammoth and acquired the former Intrawest collection under Alterra Mountain Group in 2017. 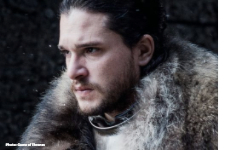 Rugged, wild, and nice to look at, Jackson Hole is undoubtedly the Jon Snow of the ski world. Independent (Jon was never truly a Stark) but a key player on the Ikon / Targaryen alliance, Jackson Hole is a crowd favorite, and so is Jon Snow. 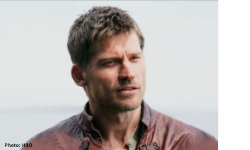 A-Basin recently shocked the ski community by announcing that after a 20-year love affair, it will be cutting ties with Vail and withdrawing from the Epic Pass for the 2019/20 season. Going forward, we’re not sure who A-Basin will (or will not) make new alliances with, but it’s only a matter of time before we find out. Similarly, the last time we saw Jamie Lannister, he had just left Kings Landing after a confrontation with his sister Cersei, his future yet to be determined. 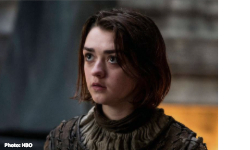 With 22,000 acres of accessible skiing, you could say that Silverton Mountain in Colorado has “many faces.” Steep and technical, Silverton is an expert only mountain, and a place that takes training to ski on… (flash picture of Arya training in the House of Black and White to serve the Many-Faced God). Moreover, the mountain opened in 2002 with just one double chair that had been purchased from Mammoth (Sansa), which basically makes these two mountains sisters. 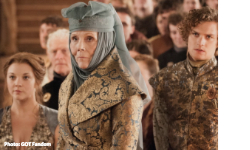 The company formerly known as Triple Peaks LLC (which owned Okemo in Vermont, Mount Sunapee in New Hampshire and Crested Butte in Colorado), could be compared to House Tyrell in GOT, with Margery, Lady Olenna, and ser Loras (AKA the Knight of Flowers). After all, Crested Butte is the wildflower capital of Colorado. The 2018 acquisition of Triple Peaks by Vail echoes Margery’s marriage into the Lannister alliance. Unfortunately, this also probably means that these resorts will soon “blow up.” 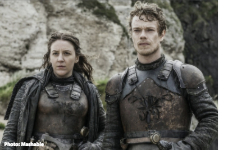 Powdr Corp, which operates Copper, Mt. Bachelor, Killington and Eldora among others, is known in the ski industry as having a strategy focused more on adventure lifestyle than real estate investments and has also now teamed up with Alterra Mountain Company to offer it’s resorts on the Ikon Pass. Theon and Yara Greyjoy of the Iron Islands, although not known for their prime real estate offerings in Westeros, have pledged allegiance to the new Targaryen alliance. Additionally, consider that in 2014, Powdr Corp reluctantly sold Park City to Vail Resorts, kind of like how Euron Greyjoy went rouge and teamed up with Cersei. 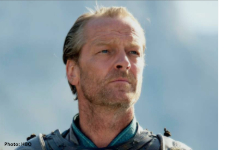 House Mormont and Boyne Resorts have this in common: they are both found in the north, and although smaller than other forces in their worlds, they are just as fierce. Not to mention that like ser Jorah Mormont has pledged allegiance to Daenerys and Lady Leanna Mormont to Jon Snow, Boyne has partnered with Alterra and now Big Sky and other Boyne resorts are now on the Ikon Pass. 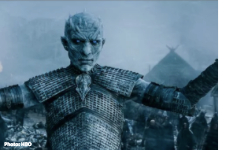 There is one last metaphor we’ll leave you with: What’s the otherworldly destructive force, questioned by some, that is threatening the human race both on Earth and in Westeros? That’s right: Climate Change is the White Walkers of the ski industry and the world at large. We hope that like in GOT, leaders in our outdoor spaces can take time to put aside fighting over control of the kingdom to come together, and in our case, ensure that winter is coming and can continue to come.

In the end, there are so many ways the ski industry and Game of Thrones could be compared, and this is just one interpretation. Plus, there are countless other plots, complicated storylines, and characters that we could hardly scratch the surface here. With the final season premiering in April, 2019 all of this could be turned upside down. But rather than trying to sort it all out, we’ll just go skiing instead.

All GOT images are courtesy of HBO.

Thoughts on how this could play out differently? Comment below.