It won’t come as a shock that last winter ended in an unusual manner for our film crew. In all truth, the production of our 71st annual film started in an unusual way, too.

Traditionally, November and December have us lighting up screens across the country with our theatrical film tour. For us, Thanksgiving indicates that we are a month away from trading movie projectors for movie cameras and getting to work on our next film. So, it was somewhat unusual to celebrate Turkey Day with a camera already in hand while surrounded by 20,000 ski racing fans at the women’s Alpine World Cup race in Killington, Vermont.

Under today’s COVID cloud, this sounds like an uncomfortable place to be, but on that cold Vermont morning, it was the ideal place to find my inspiration. It was the genuine New England ski culture we experienced that day that ultimately set the tone for this year’s film, “Future Retro.” Within 15 minutes of arriving at Killington Resort, I was romanced by the ski club parade flowing through the base area and the red, white, and blue face paint proudly smeared across faces, including lift ops, ski patrol, racecourse crew, and the countless volunteers. The energy was incredible. The racing was electrifying.

Just beyond the roaring crowd, while still within the echo of ski racing’s traditional cowbells, I had a casual conversation with a local coach. It was his sense of pride and passion that got me thinking about what makes our sport a place for all to thrive. Contrary to popular belief these days, it’s not six-pack chairlifts, hot tubs, and Instagram that brings us together. It’s the folks who get up early and stay out late to make the mountains a place to gather. For decades our film crew has lived among this community of unsung heroes, and I felt it was time to pull the curtain back and share their stories. 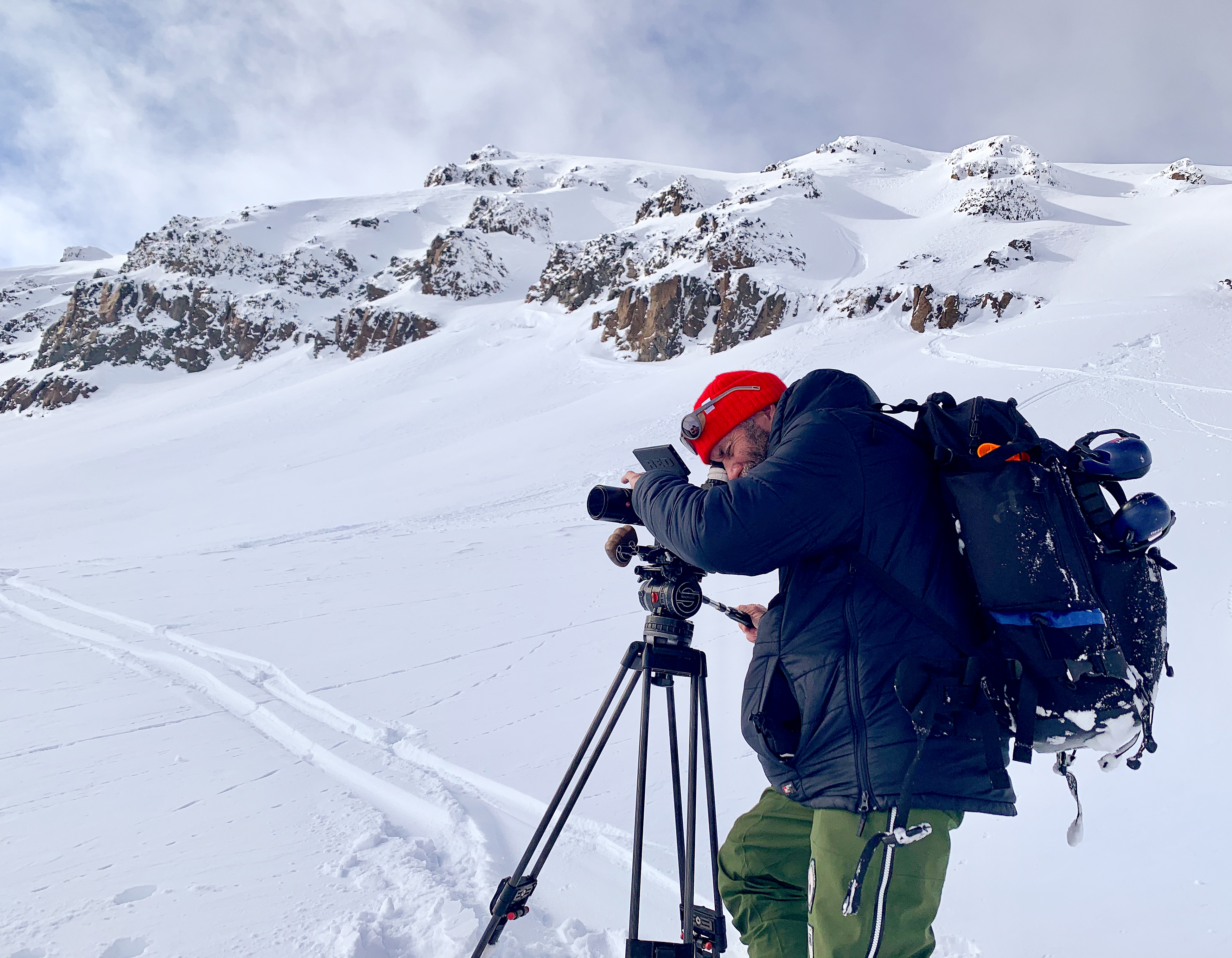 Director Chris Patterson worked under Warren Miller himself for many years. Here he is getting the shot in Iceland for 2020's "Future Retro". PC: Matt Hardy

Our resulting 71st film, “Future Retro,” celebrates the core skiers and riders around the world and their impact on every aspect of our sport. It’s an homage to ski town locals, legends of the past, young guns on the rise, and big mountain athletes who continue to raise the bar and change the game.

With Warren watching over us, we safely rolled the cameras in Switzerland, Iceland, Alaska, Montana, Vermont, and Antarctica before the chairlifts stopped turning last March. We didn’t get to film all the segments that were on our agenda, but, looking back, we’re grateful for the experiences we did have before the pandemic brought the world to a standstill.

Since then, we’ve all had ample time to reflect and try to find ways to stay optimistic. Movies have always been an escape for me—even during “precedented” times—and Warren Miller movies have always encouraged me to dream bigger.

I assume most of you share this same sense of escapism. I hope that this year’s film, perhaps more than any other, offers a 90-minute dose of escapism with positive side effects that last until the snow falls and the lifts begin to turn again.