He did it this way.

This article originally appeared SnoWorld in 1980 by Warren Miller

It is a mammoth mountain. Because a mammoth man built it. Mammoth Mountain founder and owner Dave McCoy could have begun drawing his social security benefits a decade ago. He could have retired from the California Department of Water and Power 15 years ago. Instead, he was still winning moto-cross races until two years ago when his insurance company made him quit riding motorcycles. 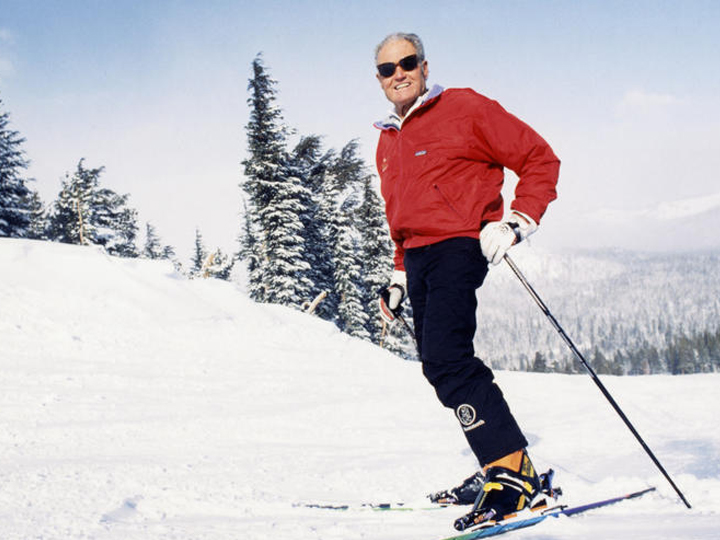 So he started racing bicycles when he was 73 and has been in the top three of most the races he enters.

It was ever so.

I first met McCoy at the California State Championships, held at Mt. Rose, Nevada in 1948. The was no ski lift to the top of the downhill, snow compaction equipment had not yet been invented and only one race official called the shots. A husky looking, square-jawed, quiet, blond skier had all the competitors talking about him. Talks of a badly broken leg and a refusal of amputation, led us to ask questions about this racer who wore no sweater or parka, said very little, but noticed everything around him. McCoy won those championships that year and I was lucky to be a distant second.

Then, as now, McCoy set the style of his ski area. He was everywhere: stoking the fire in the warming hut stove; hauling gas to the rope tow engine by riding up with one hand on the wet rope and the other carrying a five gallon, 50-pound, can of gas in the other.

He spliced the rope when it broke. He drove the customers in and out of the mountain on a weasel from the last section of dry road. The snowplows had given up on the nine feet of snow that had fallen beyond it. He repaired the weasel treads outside by lantern light. Then, as he still does today, McCoy impressed everyone with the fact that he was as reliable as his high-altitude snow. The occasional climb to the summit that winter with my camera and skis told me that when my film company grew enough, this would be the place to make movies.

Mammoth grew and grew. It has been a great place to film then and now and every winter in between. About the time I was racing against McCoy at Mt. Rose, a team of European and American skiers and the Forest Service surveyed Mammoth. Their report said the area was the least likely to be successful of any other mountain in America. It was inaccessible alpine terrain; a high-altitude location in a major storm belt (about 335 inches of snow a year). They’d eat that assessment today.

In those early years, the base lodge measurements included two holes in the snow outside with walls around them and no running water.

When no one stepped forward to build the first chairlift on Mammoth in 1953-54, McCoy said, “Why not? What have I got to lose?”

There were no helicopters to haul cement and lift towers up mountains. It was just plain grunt work.

As soon as the road to the first tower was built, McCoy welded a 100-gallon water tank on the roof of any army surplus, four-wheel drive truck. He bolted a cement mixer behind the cab, and welded on a bin for sand and one for gravel. He had a shelf alongside the mixer for the bags of cement.

Fully loaded, he could haul a couple of yards of yet-to-be mixed concrete to each tower site. The round trips to the bottom for another load were short enough so that he could pour footings almost continuously. The work weeks were about 75-90 hours.

Who keeps track of time when a dream is being built?

One day, not too long ago, a semi-truck and trailer drove into the garage area with a six-pack of Pisten Bully snow grooming machines. No one knew anything about an order for these beauties, priced at $175,000 each. McCoy’s explanations after finally being located was simply, “We’ll need them eventually and I got a good deal on them. Unload them.”

More top ski racers learned their trades at Mammoth than other resort in the world. Since McCoy began helping team members, at lease 30 racers have trained at the resort and gone on to the U.S. Ski Team, including Penny and Poncho, two of his own children. Nineteen were members of America’s Olympic teams. 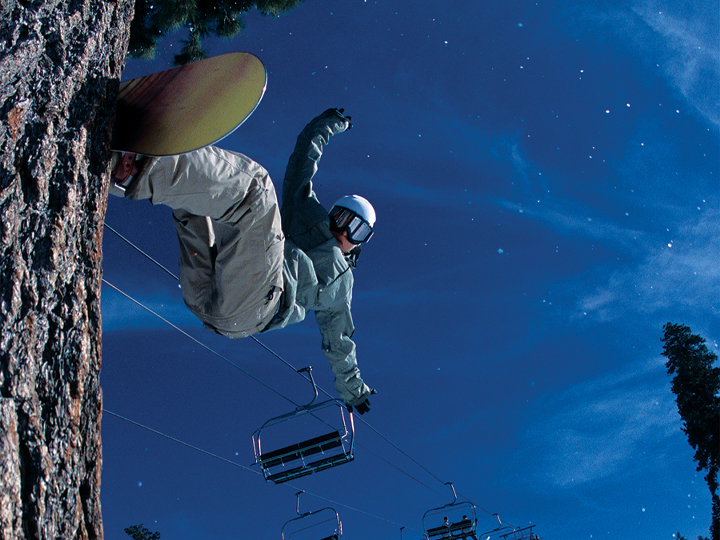 The McCoys have six children, 16 grandchildren and one great-grand child. Four of the kids, now grown, work in the resort. Gary is general manager; Kandi manages June Mountain; Penny runs special events for both areas and Randy is the company pilot. Poncho raises cattle in Montana, sells it to his dad who then serves it as steaks and hamburgers on the mountain. Peanuts has a small ranch up in Canada. McCoy bought nearby June Mountain several years ago from his old friend Bud Hayward. It is about a 30-minute drive between two areas. McCoy’s plans call for somewhere between eight and 15 lifts to be in a place over the next decade or so, assuming the permitting process goes as planned. Then skiers will be able to commute the 15 air miles between the two resorts on boards.

He has personally provided the seed money establish SerroCoso Community College at Mammoth. Enrollment was estimated at 100 students; it had to cut off at 350. McCoy feels that the community loses too many of its brightest people when the kids get to college age and move away to another town. The new college can also supply a good weekend labor base and helps solve the perpetual employee housing crunch.

McCoy is also responsible for the local hospital, running track at Mammoth High School and the local park being built. He provides some $14,000 in scholarships for local students every year.

It was a long trip for Dave McCoy. And, all of it was accomplished without leveraged buyouts, stock sales, and the other normal methods of building a big and successful business.

Mammoth Mountain. Like its founder, it’s the “Real McCoy.”