7 Things to Do in Hokkaido When You’re Not Skiing

JaPOW has become the dream pilgrimage for most skiers and riders today, but when you’re not getting face shots, here’s a list of everything else you should be doing on your trip to Japan.

If you’re looking to ski some of the best powder on the planet, your search will probably take you to Hokkaido, Japan. But there are so many other things to keep you busy, too. On a recent trip around Hokkaido, we tried some of the island’s best off-slope adventures.

1. Make Mochi
Mochi ice cream is becoming increasingly popular in the U.S., with grocery stores like Whole Foods and Trader Joes stocking gourmet flavors by the dozens. But making mochi is not exactly an easy process. It’s actually sort of violent. After steaming rice, it takes two people constantly smashing it with massive wooden mallets to get it to the sticky, doughy consistency needed for ultimate deliciousness. If you love mochi—or just like a good workout with your cooking classes—join a mochi-making experience with Travel Hokkaido, at Friendly Farm outside of Sapporo. 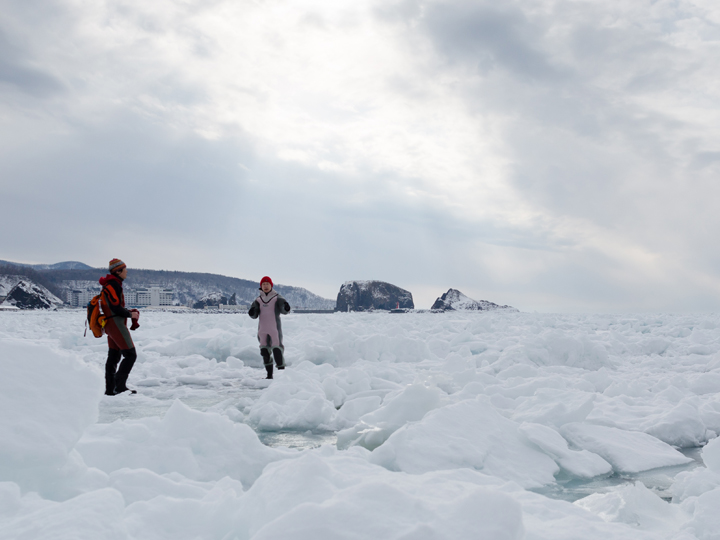 2. Go Drift Ice Walking
Every winter, when the Amur River runs from Russia and China into the Sea of Okhotsk, it causes massive floes of ice to drift until they slam into the coast of Hokkaido. Visit the Shiretoko Peninsula for stunning views both above and below the water. Tour companies like Shinra will take you out in a dry suit to walk on top of the ice and, if you’re brave enough, take a little swim in the frigid sea. SCUBA divers with dry suit and open water experience can also dive beneath the ice. Keep an eye out for clione, or “sea angels,” which are tiny, translucent creatures reminiscent of angels that arrive with the drift ice. Some businesses and hotels in the area, such as Shiretoko Kitakobushi Hotel & Resort, feature clione and drift ice exhibitions during wintertime so you can get an up close view without taking the dunk. 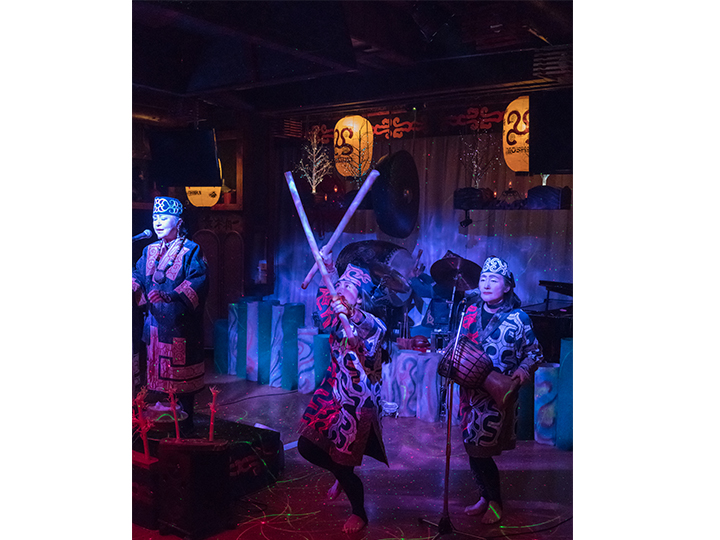 3. Attend an Ainu Dance Performance
The island of Hokkaido is home to the Ainu people, an indigenous group native to Hokkaido and parts of Russia. Catch a contemporary Ainu Dance performance at the Marukibune Inn for stunning dancing and music. Several of their beautiful—and somewhat chilling—songs warn about the need to respect nature and save the environment from the human dangers it constantly faces. 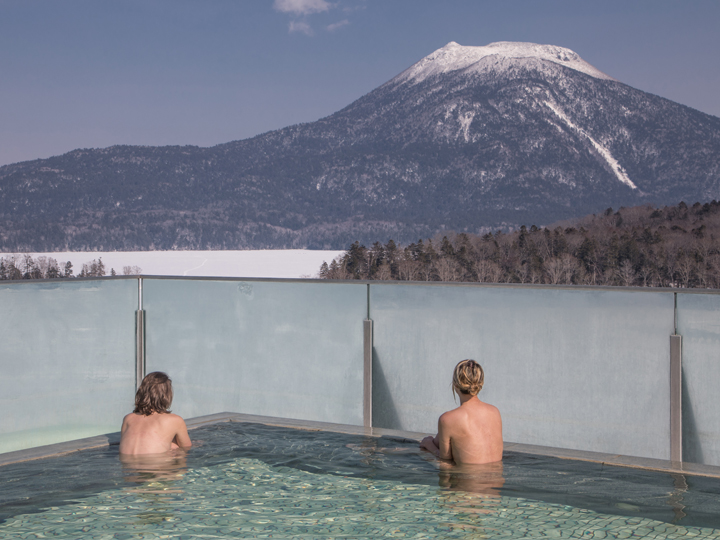 4. Soak in Onsen—Hot Spring Spas
Especially after a hard day of skiing, onsen culture will be a welcome disruption to your regular après routine. Throughout Hokkaido, including in many hotels, you’ll find beautiful hot spring spas crafted around the naturally hot mineral waters that bubble up through this volcanic island. Onsen are gender-specific, and you’re not allowed to wear bathing suits or any clothing at all. Everyone must wash thoroughly before entering the soaking pools, which are best enjoyed in silence. The nudity may be an adjustment at first, but it quickly begins to feel normal and even empowering—literally no one cares what anyone else looks like. It’s freeing to enjoy the outdoor, rooftop pools at places like Lake Akan Tsuruga WINGS, where the water is piping hot, the air crisp, and the views of Mt. Oakan refreshing in every way.

5. Have a Karaoke Party
Karaoke in Japan—where it originated from—is nothing like what you find at bars in the U.S. First off, you’re not waiting hours for your turn, and you’re not singing in front of strangers. Instead, you go to a karaoke bar like Karaokekan in Sapporo, where you rent out private, more or less soundproof “boxes” to sing and dance the night away without the added pressure of strangers and crowds. Karaokekan has fun costumes you can borrow to make your performance even sillier, and servers will bring drinks right to your box. Tablets for choosing songs work in both English and Japanese and feature all the major hits in both languages, so you’re not likely to get bored quickly. 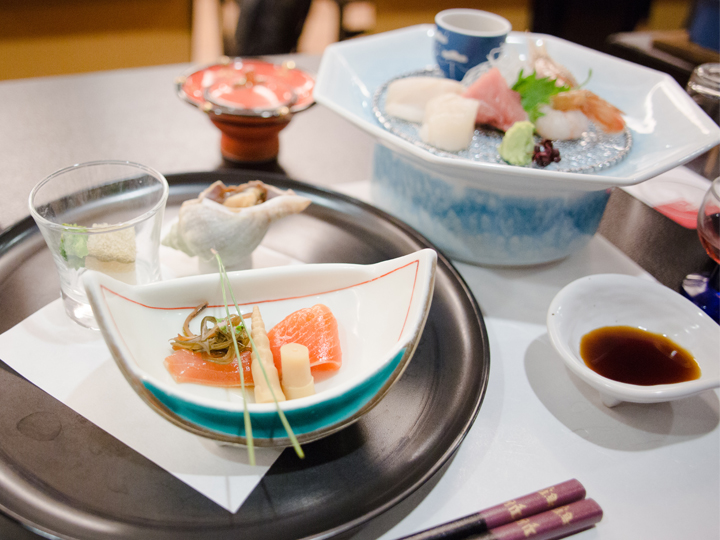 6. Eat a Traditional Japanese Course Dinner
If you want to try tons of new foods but don’t know where to start, you’ll want to find a place to have a kaiseki dinner, where you’ll eat more courses of delicious, unfamiliar foods than you can count. The presentation of these dinners is generally off the charts—it’ll probably be the most Insta-friendly meal you’ve ever eaten. If you want to stick within more familiar territory, head to Ramen Alley—a Sapporo alleyway lined with tiny ramen restaurants on both sides—or the Sapporo Beer Museum, where you can barbecue lamb and veggies right at your dinner table in the Beer Garden. 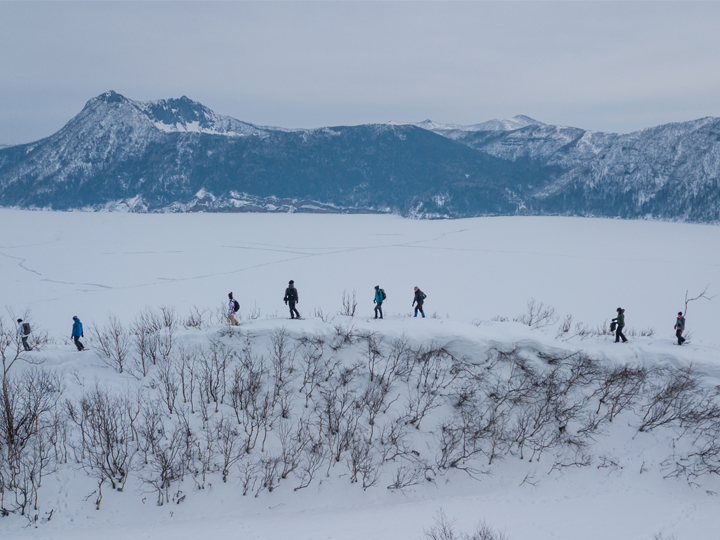 7. Snowshoe to Epic Views
Lake Mashu, in Hokkaido’s stunning Akan Mashu National Park, is considered to be one of the clearest in the world. You can’t hike down to or swim in the lake, but hike or snowshoe along the ridges of the caldera for breathtaking views of the lake and mountains surrounding it.